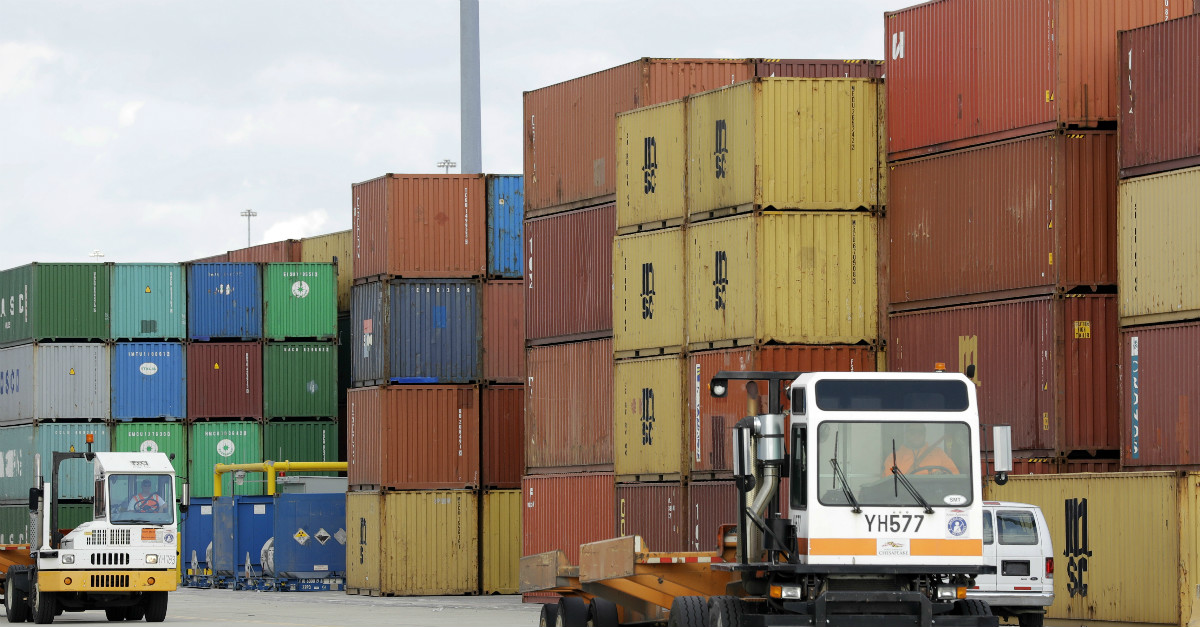 AP Photo/Patrick Semansky
In this Oct. 24, 2016, photo, trucks drive past shipping containers at the Port of Baltimore in Baltimore. President-elect Donald Trump’s ambitious plans to revive American exports, keep jobs in the United States and encourage oil drilling face a home-grown threat: the surging U.S. dollar. Since the Nov. 8 election, the U.S. dollar has climbed to a 14-year high against the currencies of America’s major trading partners. (AP Photo/Patrick Semansky)

WASHINGTON (AP) – President Donald Trump wants to pay for his proposed southern border wall by slapping a 20 percent tax on imports from Mexico.

White House spokesman Sean Spicer says Trump has discussed the idea with congressional leaders and wants to include the measure in a comprehensive tax reform package.

RELATED: A Brexit, a bar exit: A pint is now more expensive in the UK, and the US could be next

Spicer spoke to reporters on Air Force One as Trump flew back from a Republican retreat in Philadelphia. He says that taxing imports from Mexico would generate $10 billion a year and “easily pay for the wall.”

Spicer says discussions are continuing with lawmakers to make sure the plan is “done right.” But he says it “clearly provides funding” for the wall.

UPDATE: Spicer has changed his story, and now tells the press pool on Air Force One that the 20% tariff was just one idea under consideration for funding the wall.

BREAKING: Spicer tells me 20% tax on Mexican imports is NOT a policy proposal, but example of options how to pay for wall.

UPDATE: Sean Spicer seems to walk back border tax proposal, saying it's only one option. "There are clearly a bunch of ways it can be done."

WH update from our @JDiamond1 ..Spicer says 20% import tax is just a possible option and that there will be no exec orders signed today