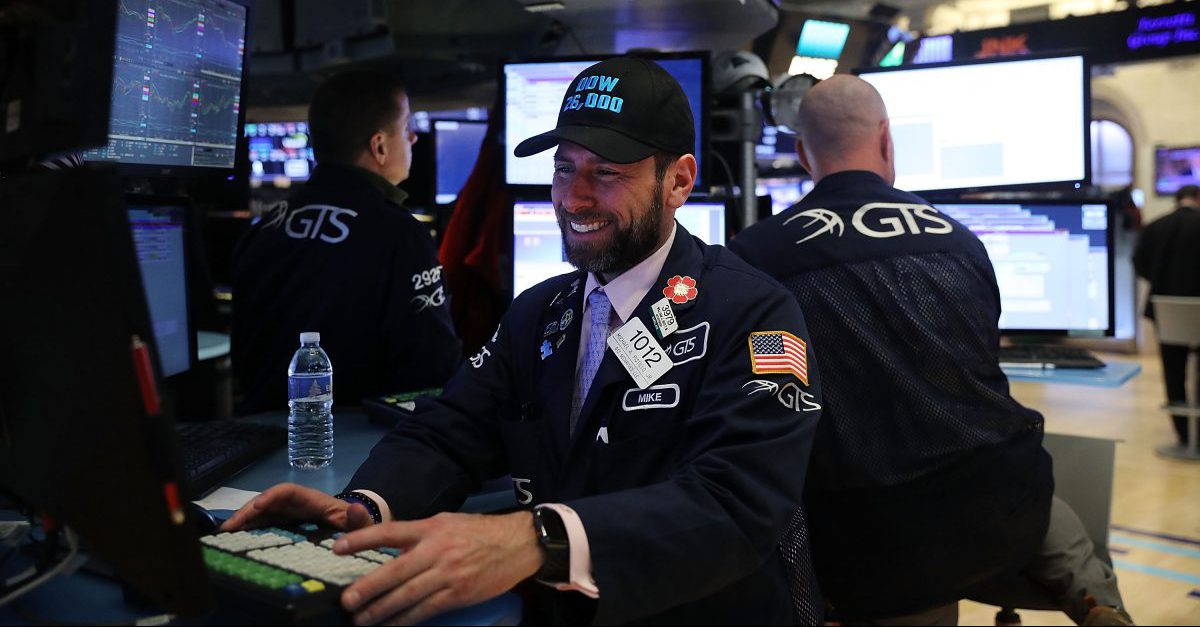 News that the government shutdown was coming to an end prompted markets to reach same-day and all-time highs again today, according to CNBC.

In government shutdowns that lasted over a full trading day (in 1995 and 2013), stock markets actually gained, writes Motley Fool. While hundreds of thousands of federal workers were furloughed and facilities closed their gates, markets largely ignored the chaos and posted gains.

The government shutdown came to an end today as Senate Democrats acquiesced to a contingent of Republicans led by Senate Majority Leader Mitch McConnell (R-KY), voting for a three-week Continuing Resolution that would keep the government open through February 8. Republican Senators Rand Paul and Mike Lee voted against the funding arrangement.

Democrats agreed to vote for the Continuing Resolution after receiving promises from Sen. McConnell that the issue of immigration — particularly the status of people protected from deportation under Deferred Action for Childhood Arrivals (DACA), who otherwise face deportation in March — would be taken up in the Senate.

Some were skeptical that McConnell, who has made and broken promises to fellow Senators in exchange for votes, would make good on his word.

In exchange for Sen. Jeff Flake’s vote on the Republican Party’s banner act of legislation in 2017 — a tax bill that cut taxes for corporations and about 80 percent of taxpayers — Flake was promised a vote on immigration this month. As of press time, that vote has not happened. In exchange for her vote, Sen. Susan Collins (R-ME) was promised votes on bills to stabilize Affordable Care Act state exchanges, and those, too, have not happened.