The monthly job report is out, but so what? Don’t sweat the numbers. 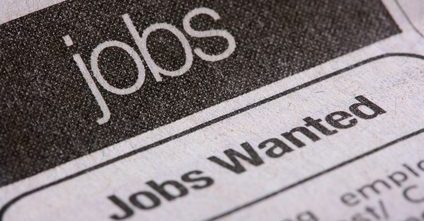 The first Friday of every month, at 8:30 a.m., and with great fanfare, the federal government releases the monthly jobs numbers. Government officials, economic experts and the media tout these hallowed numbers as an official snapshot of the U.S. economy.

When the Labor Department announced just 156,000 jobs added for August 2017 on Friday, plus an unemployment rate inching up to 4.4 percent, it was a cue to start the handwringing. What is going on with the U.S. economy? What do the disappointing numbers mean?

The problem is, this monthly ritual has become pretty meaningless. Even the folks at the Bureau of Labor Statistics (BLS) warn that no one should get too wound up about the granular data released once a month – and they’re the ones who compile and release it.

The August report includes a note that the job gains in the June and July reports “were revised down” by 41,000. Why? What does that mean?

Partially, it’s that the BLS — like anyone else — has to call companies back multiple times before they get the answers they’re looking for, BLS press officer Gary Steinberg says. In addition to repeated requests, sometimes respondents make mistakes that have to be corrected, and sometimes company information runs a month behind the government’s release schedule. The BLS’ goal is to compile progressively more accurate data, Steinberg says, even if it comes in after deadline.

But 40,000 jobs can make the difference between a “disappointing” jobs report and a political victory. It’s BLS’ policy not to comment on what the numbers mean, even though media and politicians sure do.

They can make the job numbers seem like a bigger deal than they really are in the grand scheme of a 146 million-job economy, Steinberg says. At the BLS, “we think about these numbers as being part of the total universe of jobs.”

Among the most common gripes regarding the monthly jobs report is that there’s more than one number offered. The accuracy of those numbers is up for debate, and nobody’s quite sure which groups are represented.

For example, the federal government has no real method to separately account for part-time or underemployed workers. These are often people who take any job they could find just to get by, but are still looking for full-time or more appropriate work. They count as employed, but that happy jobs number may mask a population struggling to make ends meet.

Also, the Bureau of Labor Statistics does not include farm work in their accounting (the Agriculture Department counts those jobs). Depending on the season, leaving farm jobs out of the count may provide a gloomier economic picture than it really is.

The numbers are intended as an estimate, not a direct accounting.

The flourish with which the jobs numbers are presented makes it appear as though there is some kind of direct reporting system diligently counting every time an American is hired, fired, laid off or quits a job. Really, the monthly job numbers are more of a general guess, based on surveys and models.

One of those is the Current Population Survey, conducted monthly among 60,000 U.S. households to determine the “labor force.” There’s also the Current Employment Statistics survey, the employer side of the equation. The BLS asks nearly 150,000 private businesses and government agencies how many jobs were created and lost. The Bureau also uses models to estimate how many business start up and how many close their doors every month.

Modeling and population sampling provide a reliable enough series of estimates over time to paint a broad picture of trends, but it’s not a literal accounting of the number of jobs actually available to applicants.

The numbers are, by nature, impersonal.

Sure, there are plenty of nerdy numbers coming out of the Labor Department at the start of every month for those who like to ponder statistics to divine their own future. They might even be helpful for those thinking about changing industries or other major career moves. But a .1-percent uptick in the unemployment rate just doesn’t mean much in the daily lives of most Americans. No national, monthly numbers can help you forecast what your chances of getting a new job really are.

So the BLS recommends taking the monthly numbers with a grain of salt and a heavy dose of perspective.

“There’s always a lot of interesting things going on in an economy as large and diverse as ours, and I encourage people to look beyond the headline numbers,” Steinberg says.

RELATED: These 15 states have the most telecommuting jobs