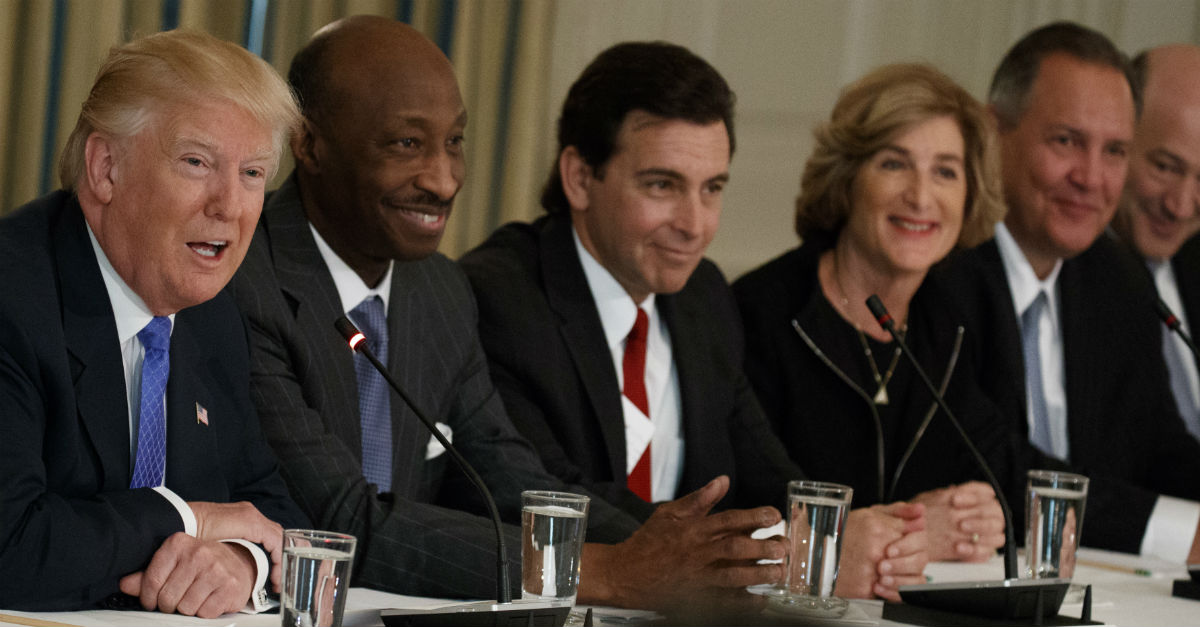 Business leaders who agreed to sit on President Trump’s advisory boards have come under criticism, but many of them have decided to cut their associations with President Trump.

While business and manufacturing councils are not generally extremely influential, President Trump’s administration was expected to focus heavily on business-oriented initiatives. However, the White House appears to have lost some of the dialogue with its councils.

Inge Thulin – 3M CEO – left August 16
Thulin wrote in a statement, “I joined the Manufacturing Jobs Initiative in January to advocate for policies that align with our values…after careful consideration, I believe the initiative is no longer an effective vehicle for 3M”

Richard L. Trumpka – American Federation of Labor President – left August 15
In a statement, Trumpka wrote “President Trump’s remarks today repudiate his forced remarks yesterday about the KKK and neo-Nazis. We must resign on behalf of the America’s working people, who reject all notions of legitimacy of these bigoted groups.”

Scott Paul – President of the Alliance for American Manufacturing – left August 15
Paul wrote that leaving the Manufacturing Jobs Initiative is “the right thing to do.”

Kevin Plank – Under Armour founder/CEO – left August 14
Plank wrote in a press release “Under Armour engages in innovation and sports, not politics.” He added, “I am appreciative of the opportunity to have served.”

Two CEOs quit after President Trump announced he was leaving the Paris Climate Accord.