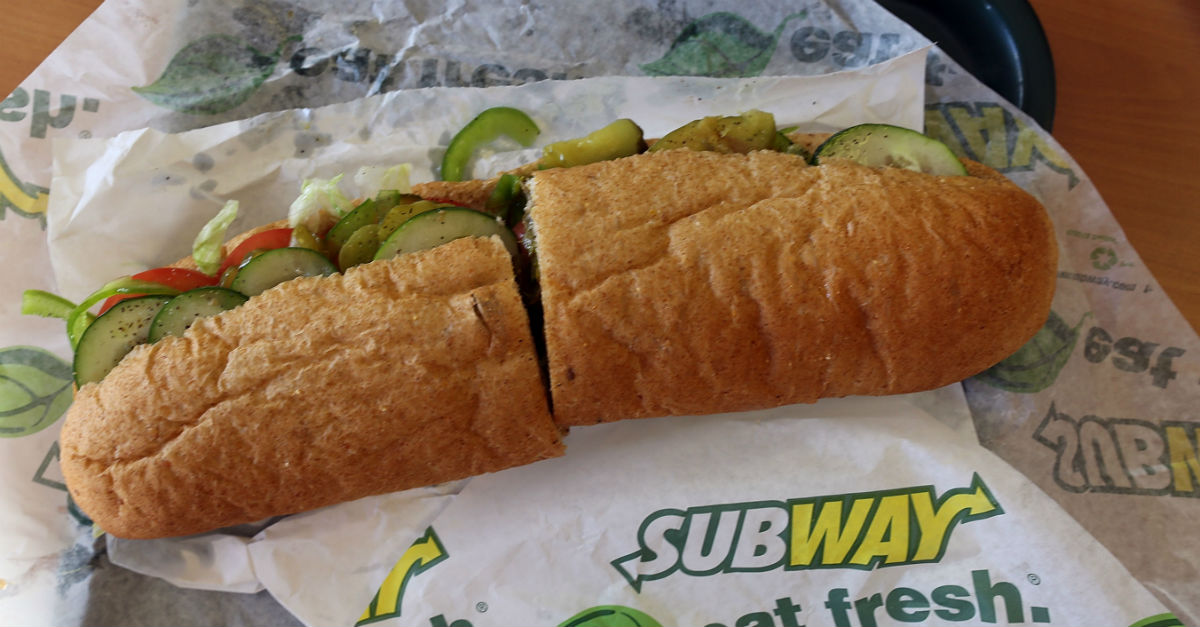 (Photo by Joe Raedle/Getty Images)
A Subway sandwich is seen in a restaurant as the company announced a settlement over a class-action lawsuit that alleged that Subway engaged in deceptive marketing for its 6-inch and 12-inch sandwiches and served customers less food than they were paying for on October 21, 2015 in Miami, Florida. While it denies the claims, Subway said that franchisees would be required to have a measurement tool in stores to make sure loaves are 12-inches. (Photo by Joe Raedle/Getty Images)

While the $5 footlong from Subway is one of the best bites-for-your-buck in the fast food industry, business owners aren’t always fond of the deal. Some of them say that it could even threaten their business.

Keith Miller, who owns three Subways in North Carolina told The Washington Post that the ingredients in the sandwich cost him about $2 but after paying his employees and adding up all the overhead — electric, gas, rent and supplies — his store only brings in a measly profit on the hoagies. When the company decided to drop the prices of their famous subs to $4.99, Miller and a number of other franchise owners sent a letter telling the higher-ups that such a move would have them staring down bankruptcy.

We like to evolve our menu, so we change it up from time to time, William. Hope you find a new favorite! Check out our new $1 $2 $3 Dollar Menu. We have great deals on the McDonald's mobile app too.

Subway isn’t the only company to keep prices low with the hopes of enticing hungry customers; Taco Bell, Wendy’s and McDonald’s both boast dollar menus. You’d probably have a tough time finding a franchise owner happy with the low-priced items but Subway owners have been the most vocal about their complaints. They recently wrote a petition to the big wigs at the company, asking them to reconsider. Owners admitted that the cheap options bring in more customers but that even the increase in traffic “insufficient to make up for the lost margins.” The petition was signed by almost 900 people in 39 states.

Subway says that the promotions are optional and that the majority of franchise owners don’t share Miller’s views. In a statement given to the Post, Subway claimed “we are in constant communication with our Franchisees and Development Agents … they are actively involved in many aspects of our decision-making process, and we welcome and encourage their feedback.”

RELATED: 23-year-old substitute teacher accused of having sex with students as young as 14 has her day in court

As minimum wage continues to rise, the prices of some products (like Subway’s sandwiches) hasn’t risen to the level necessary for owners to make a profit. Miller says that when he bought his first franchise, he was bringing in profit margins as high as 18 percent. But that number has drastically dropped in recent years.

There are also a number of other problems facing franchise owners. The fast food restaurant industry has become more crowded and, on top of that, people are shopping less and less at fast food stops. And for most owners, the problems show no signs of letting up.