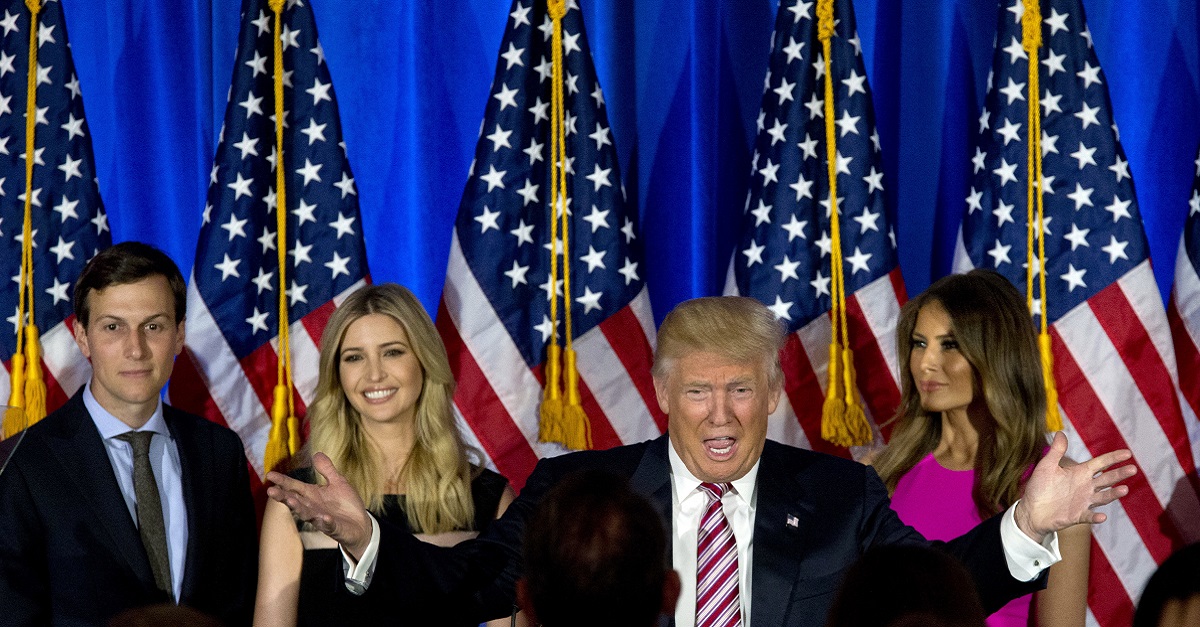 Following in the footsteps of Nordstrom, T.J. Maxx and Marshalls, two more retailers are reportedly cutting ties with the Trump family. According to Business Insider, there are no traces of the Trump Home line, which is owned by the Trump Organization, on the websites of Sears and Kmart any longer.

RELATED: More bad news on the horizon for Ivanka Trump as T.J. Maxx and Marshalls are told to hide her merchandise

“As part of the company?s initiative to optimize its online product assortment, we constantly refine that assortment to focus on our most profitable items,” Sears released in a statement, insisting that the move isn’t political. Amid that streamlining effort, 31 Trump Home items were among the items removed online this week. Products from the line are still offered online via third-party Marketplace vendors.”

While poor sales could certainly be a reason behind dropping the line, there has also been public pressure to stop selling or promoting merchandise associated with the first family. President Trump was very vocal about Nordstrom’s decision to stop selling Ivanka Trump’s fashion brand, even taking to Twitter to express his dissatisfaction by calling it “unfair.” The president has not, however, commented on the latest round of severance.

RELATED: Here?s how Ivanka Trump responded to reports that Nordstrom is dropping her line