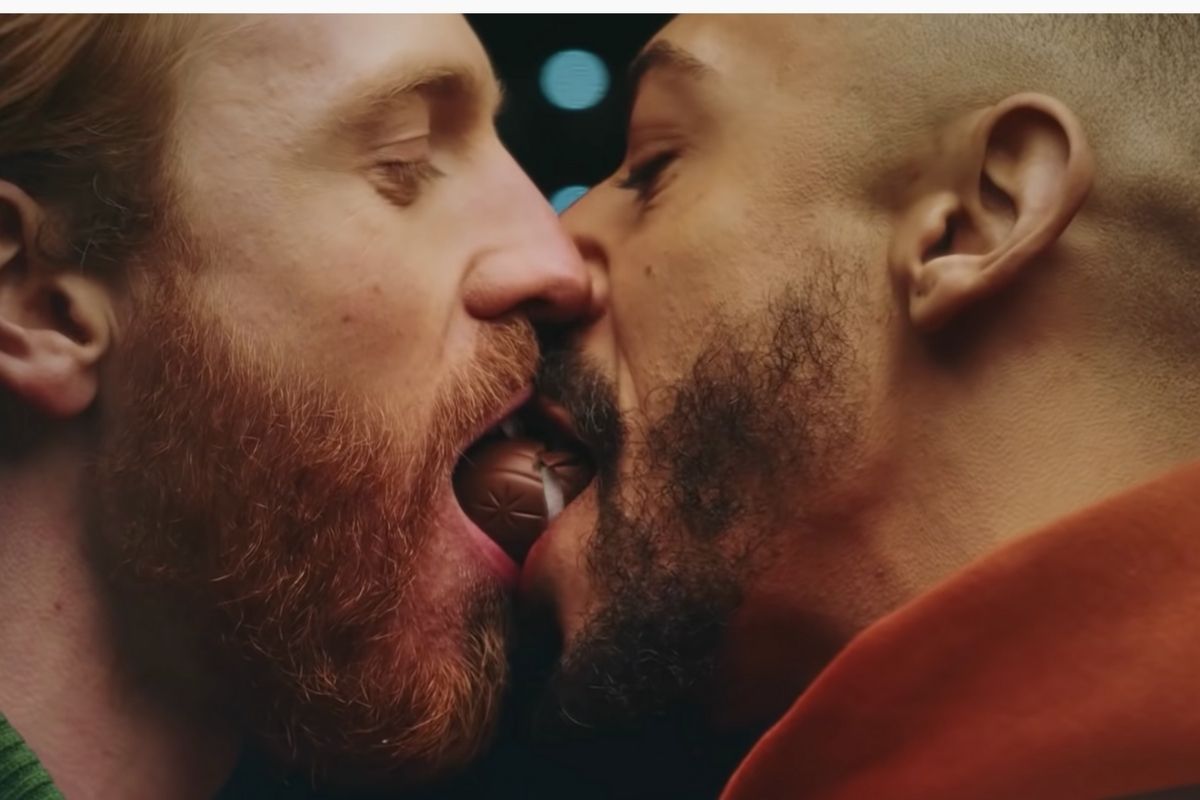 More than 26,000 people have signed a petition protesting Cadbury’s Creme Egg advert, which features two men kissing. The petition Creator claimed that the adverts sexualized content was very offensive to Christians, and that the casting of two men was a way of evading criticism by “hiding under cover of LGBT rights.” Hosted by CitizenGo, the petition is calling for the advert to be removed.

The description reads, “By choosing to feature a same-sex couple, Cadbury’s are clearly hoping to cause controversy and escape criticism, by claiming that any objections must be rooted in ‘homophobia’, but members of the LGBT community have also expressed their dislike of this campaign.”

It continues, “Cadbury’s are well aware of the religious significance of Easter. Therefore, they are trying to cause gratuitous offence to members of the Christian community during the most important feast in their calendar.”

Despite the criticism, several other people praised Cadbury’s advert for its LGBT representation and inclusivity when it was released last month. Despite the petition’s author’s claim that the protest was created in concern about sexual content rather than anti-LGBTQ sentiment, several called out those behind the petition for homophobia. As expected, social media went crazy and criticized the petition, calling those who signed it homophobic.

One Twitter user noted, “Happy Friday – but not to the 20,000 homophobes who have signed a petition to get rid of the new creme egg ad. What’s laughable is the fact that people are actually offended by two men sharing a f***ing creme egg. Get a grip”.

Couldn't agree more. And you made it on to @Independent Twitter feed as well. Go you! 👍🤜🤛 I hope @CadburyUK send you a bucket full of #CremeEggs

In an effort to take down the petition, a counter-petition has been published on change.org which is urging Cadbury not to remove the petition and to amplify it. So far it has 3,000 signatures. The petitions Creator Simon Harris stated that he wanted to have a very Cadbury to “go big” and broadcast the advert on giant screens in Piccadilly Circus or put it on the side of every bus in Britain.

A spokesperson for a category said that they were proud of the advert and its message of inclusion. The spokesperson noted, “Cadbury has always been a progressive brand that spreads a message of inclusion, whether it is through its products or brand campaigns. We are proud of our Golden Jubilee advert which celebrates the many ways that everyone can enjoy a Cadbury Creme Egg. To illustrate this and showcase the joy our products bring, a clip of a real-life couple sharing a Cadbury Creme Egg was included in the advert.”