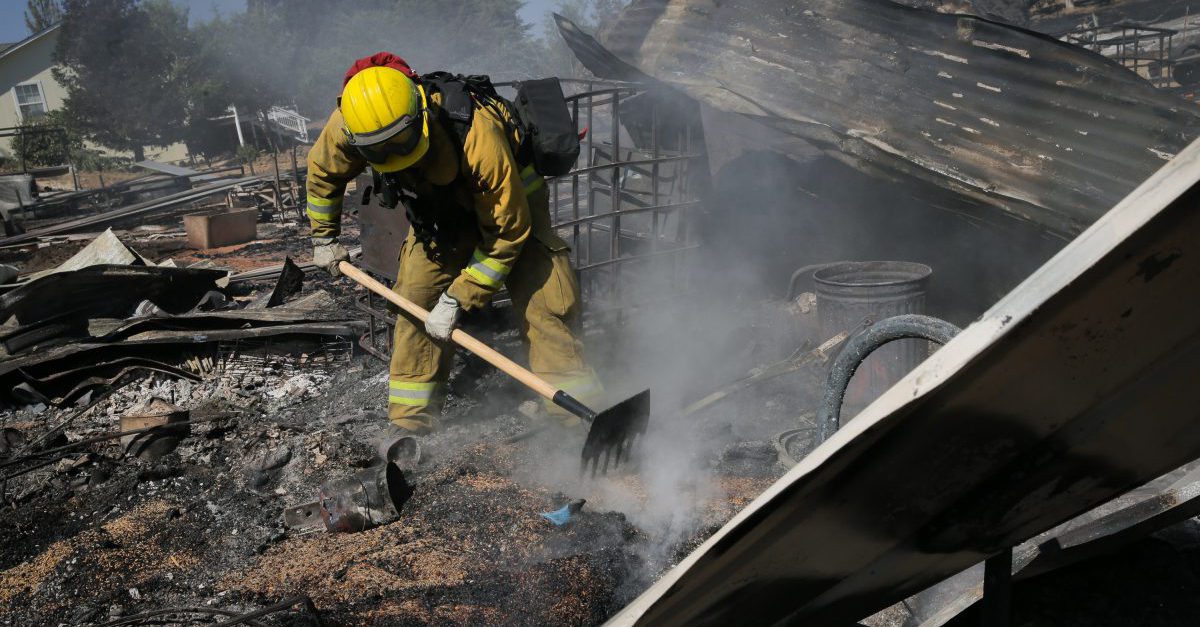 Thousands of California inmates are fighting the wildfires ravaging the state, all earning $1 per hour as they work to contain the fires.

As many as 1,900 inmates at a time are directly fighting fires alongside professional firefighters from the California Department of Forestry and Fire Protection and the Los Angeles County Fire Department, reports CNN.

The rest are “on a rest period from being on a fire line or providing backup to fire protection somewhere,” according to Bill Sessa, a spokesperson for the California Department of Corrections and Rehabilitation.

RELATED: Northern California is completely transformed by wildfires in these new photos

Those not fighting fires directly are earning $2 per day. All are drawn from a pool of about 3,800 people who are serving their sentences at minimum-security conservation camps across the state.

There are 43 such conservation camps throughout the state; inmates must apply for the program, which offers less formal penal conditions than serving out their sentence traditionally. Each day of good behavior also translates to two days off their sentence, according to Mashable.