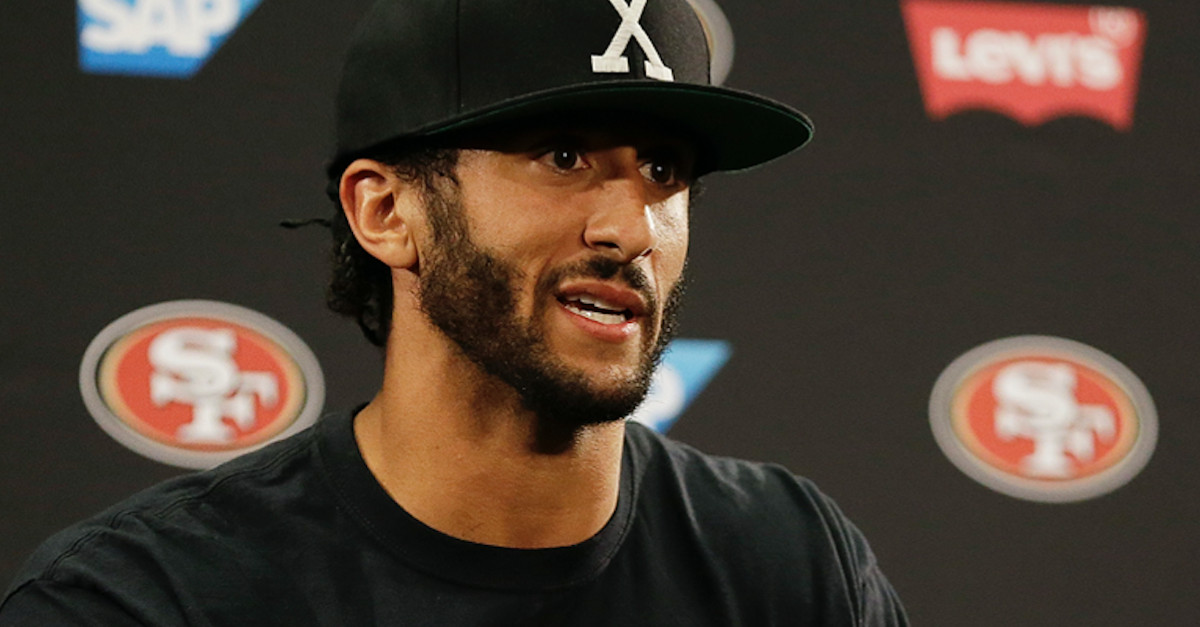 Cam Newton became the latest NFL player to voice his support of free agent quarterback Colin Kaepernick, saying it’s “unfair” that he’s not on a roster.

The Carolina Panthers quarterback asked and answered a few of his own questions on Tuesday:

“Do I think Kaepernick is better than some of these starting quarterbacks in this league? Absolutely.”

“Is he good enough to be a starting quarterback? Absolutely.”

Newton and the Panthers are preparing to play Kaepernick’s former team, the San Francisco 49ers, on Sunday.

There are players who believe Kaepernick, who had a better passer rating than roughly half the starting QBs in the league in 2016, has been blackballed by teams for choosing to kneel during the national anthem in protest to police violence and social injustice.