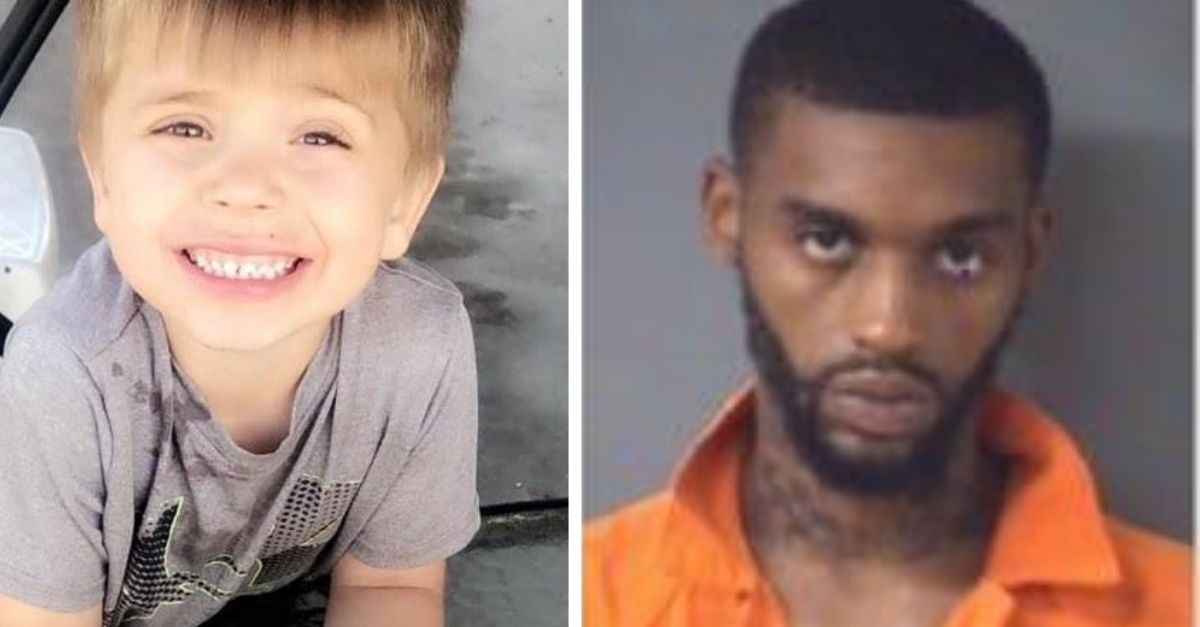 A North Carolina man is facing first-degree murder charges after shooting a five-year-old boy, who according to several reports, was riding his bike in his neighborhood. Authorities arrested 25-year-old Darius Sessoms after a brief search. The child was identified as Cannon Hinnant and died Sunday evening in Wilson North Carolina. Sessoms, who was a neighbor of Cannon’s father, allegedly rushed up to the boy and shot him point-blank in the head in front of his 7-year-old and 8-year-old sisters before running. The boy was quickly taken to the local hospital but died later that day.

According to the Wilson Police Department, Sessoms was located inside a Residence Inn Goldsboro, N.C which is 30 minutes south of Wilson, and 50 miles east of the state’s capital city Raleigh. The Wilson police department thanked for US Marshals Carolina’s Violent Fugitive Task Force, the Wayne County Sheriff’s Department, and the Goldsboro Police Department for their assistance in arresting Sessoms.

Just heartbreaking💔 .. A 5-year-old boy shot and killed while playing with his sisters and riding his bike, in North Carolina. https://t.co/qhbERdNVxu

The suspect appeared for 10 minutes via video conference before a judge, where the judge formally advised him of the charges against him. He now has a probable cause hearing scheduled for August 25th. According to Cannon’s family, they’ve known the suspect for many years while living near each other.

Rachel Pipkin, a cousin of Cannon’s mother, Stated “We used to play together and I never thought he’d kill someone. A mother now has to lay her son to rest at 5 years old which she should never have to do. He’ll never be forgotten.” The 5-year-old’s killing made national headlines, and the city mayor stated he was visibly shaking after the tragedy, paying his respects to the family. Carlton Steven, the mayor of Wilson, stated that he himself has a five-year-old which makes it even more tragic. He noted “ my heart broke right then. I went home right then and I took my baby and just hugged her.”

A five-year-old boy in North Carolina has been shot and killed while riding his bike in the front yard of his family home. #7NEWS https://t.co/ZEhXMnSDDi

The family of the boy stated he was set to start kindergarten on Monday, but is now “ fulfilling animation with a higher power.” The family stated that the suspect’s arrest does not bring the little boy back but it does help them start to heal. They are now beginning the process of planning a funeral for the boy.

Watch: Jealous Uncle Arrested For Killing Niece He Was Having an Affair With