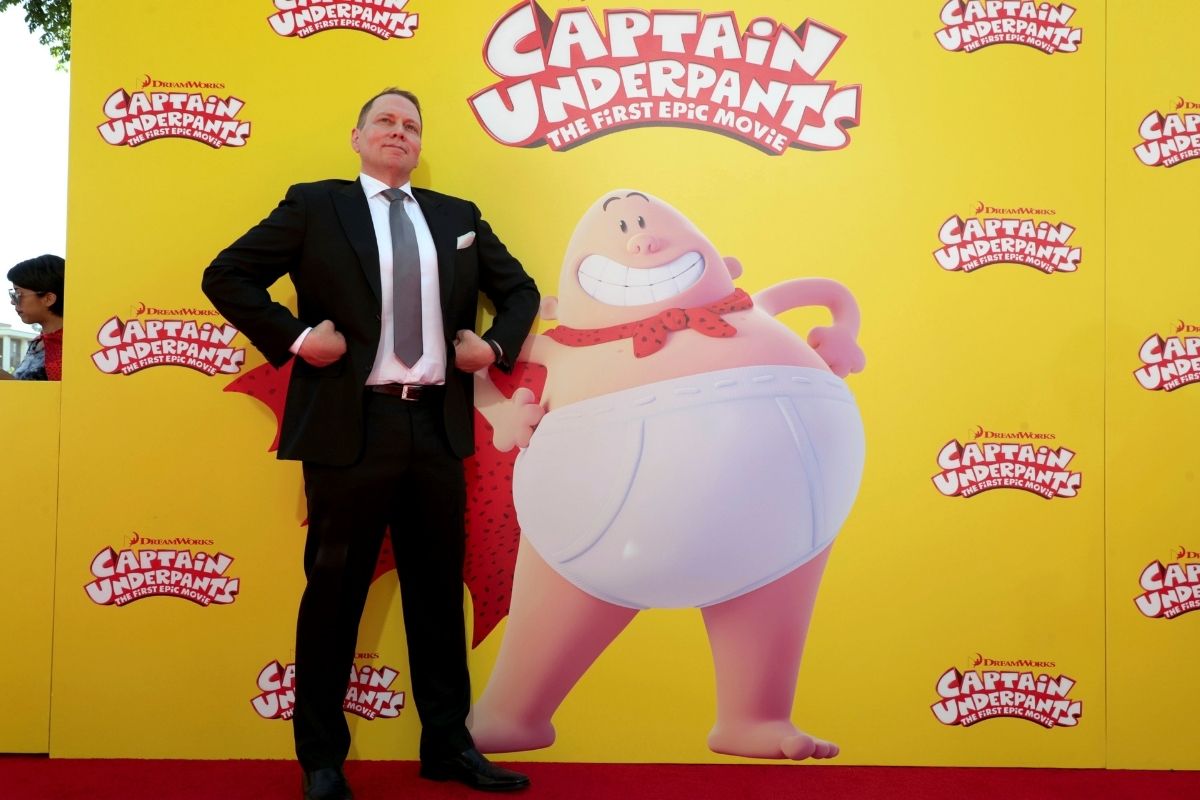 Cancel culture strikes again as a children’s book by author Dav Pilkey, the author of the favored graphic novel series Captain Underpants, has been pulled from bookshelves by publisher Scholastic for perpetuating “passive racism.” According to the Associated Press, Pilkey, who supported the decision, apologized, saying that his book, The Adventures of Ook and Gluk, “contains harmful racial stereotypes” and is “wrong and harmful to my Asian readers.”

The Adventures of Ook and Gluk is about two friends who travel from the past, specifically 500,001 B.C. to the future in the year 2222, meeting a martial arts instructor who teaches them kung fu. They also learn Chinese philosophy, which they use to save the world. Pilkey said that he created the book originally to “showcase diversity, equality, and non-violent conflict resolution.”

With the recent wave of anti-Asian crimes surfacing across the country, Pilkey was quick to apologize for the book and explained how he plans to donate all his advances and royalties from the book’s sales to activist groups that are working to stop the violence against Asian Americans. He said, “I hope that you, my readers, will forgive me, and learn from my mistake that even unintentional and passive stereotypes and racism are harmful to everyone. I apologize, and I pledge to do better.”

Scholastic also explained that not only have they removed the book from its websites, but they also stopped processing orders for it, seeking a return of all its inventory. They are also “taking steps” to inform schools and libraries that have the book that they’ve decided to withdraw it from their publication. They said in a statement, “Together, we recognize that this book perpetuates passive racism. We are deeply sorry for this serious mistake. Scholastic has removed the book from our websites, stopped fulfillment of any orders (domestically or abroad), contacted our retail partners to explain why this book is no longer available and sought a return of all inventory.”

This decision has come just shortly after Dr. Seuss Enterprises announced that they were halting publication and licensing of six Dr. Seuss books that “portray people in ways that are hurtful and wrong.” The six titles, If I Ran the Zoo, And to Think That I Saw It on Mulberry Street, McElligot’s Pool, Scrambled Eggs Super!, The Cat’s Quizzer, and On Beyond Zebra!, were pulled for containing racist imagery.