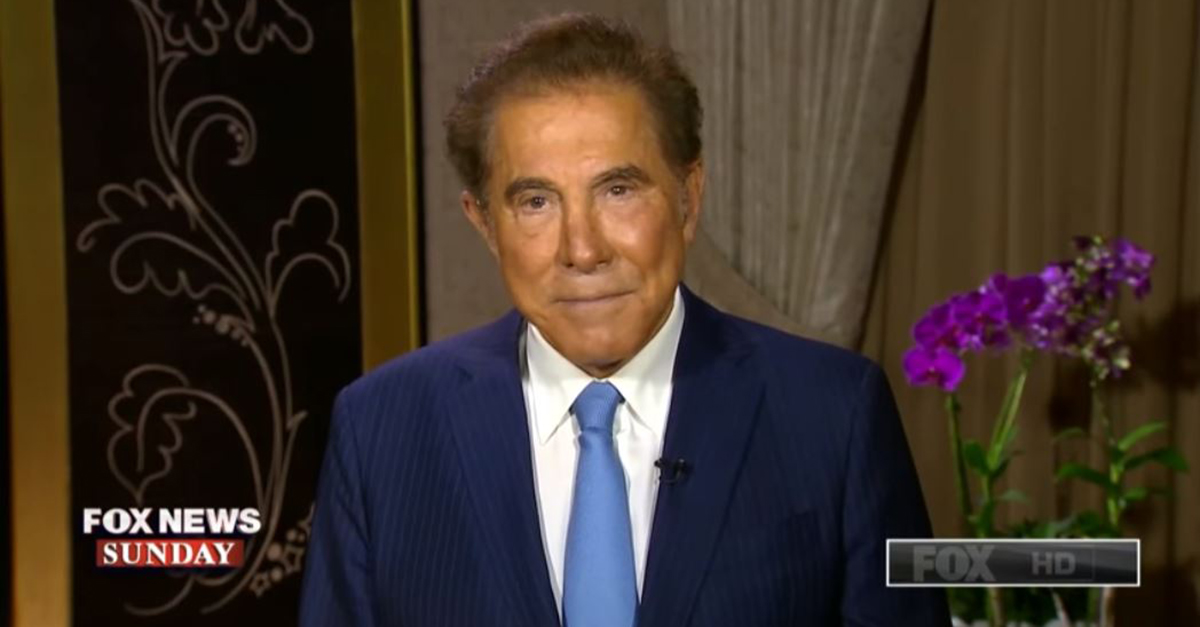 Las Vegas casino mogul Steve Wynn identified Las Vegas as a target city nearly two years ago, and he told Fox News anchor Chris Wallace on Sunday that he increased spending on security at his hotels by “tens of millions of dollars” in attempt to “identify and preempt any kind of terroristic or violent threat.”

Wynn suggested that the training and steps implemented at his properties would have set off alarm bells if Las Vegas shooter Stephen Paddock had tried to launch his mass murder scheme from one of them.

Specific training techniques include Wynn hotels housekeeping staffs, room service staffs and anybody else who enters a guest room doing visual inspections every time. He added that a room with a “Do Not Disturb” sign displayed on its door for longer than 12 hours is investigated.

?The scenario that we?re aware of would have indicated that [Paddock] didn?t let anyone in the room for two or three days,? Wynn told ?Fox News Sunday.? ?That would have triggered a whole bunch of alarms here.?

RELATED: Somber photos of Las Vegas emerge after the city cut its lights for 11 minutes

Wynn said guns are not allowed in his hotels, unless they belong to employees who are required to carry them. He said guests who are found to have guns, “we eject from the hotel.” Wynn said they discover guests with guns “continually.”

After the shooting, Wynn hotels started using wands to detect potential metal objects on guests, as well as inspecting luggage upon entrance to the hotel.

RELATED: The father of Las Vegas shooter Stephen Paddock was a “minister” — of a criminal nature

Paddock had been known to stay at Wynn resorts, among many others. Wallace asked Wynn if his security teams had much of a profile on him, and if anything should have raised a red flag.

“The most vanilla profile one could possibly imagine. A modest gambler, at least by our standards,” Wynn said.