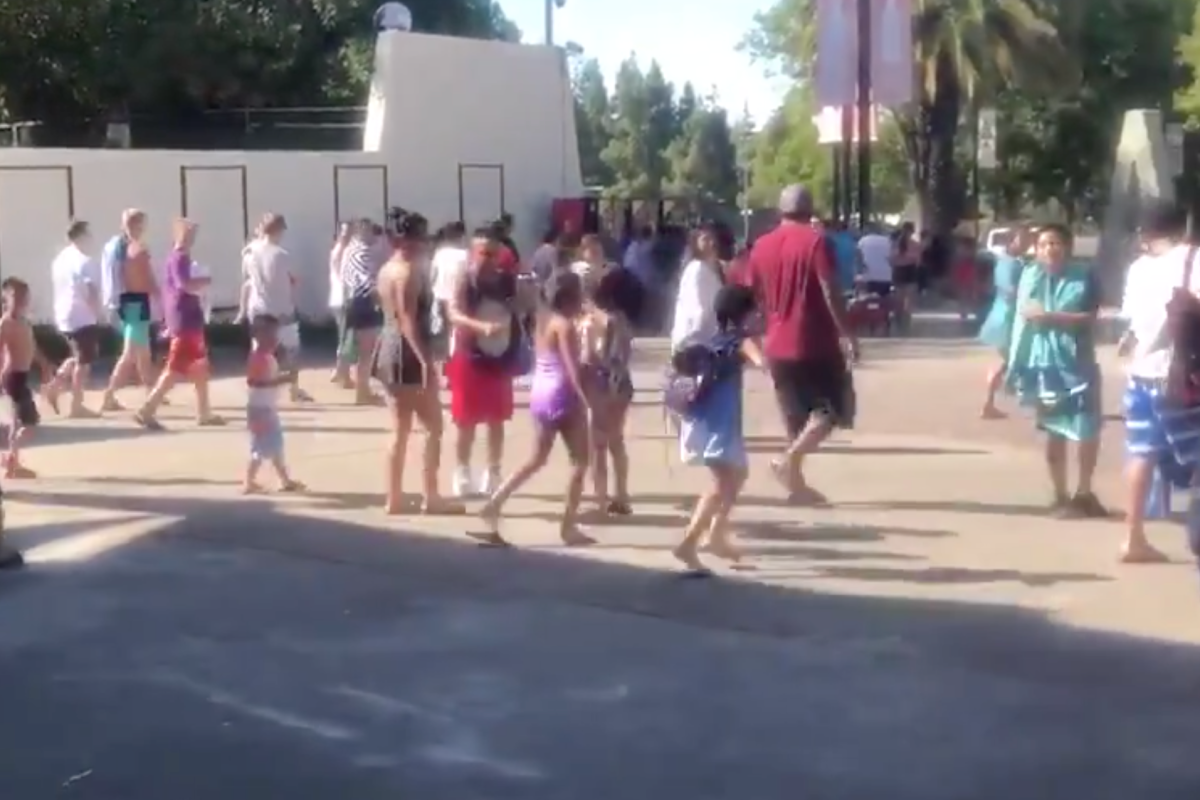 A brawl involving an upwards of forty people broke out at the Raging Waters waterpark in Sacramento, California over the weekend. It began because of a disagreement over a beach towel and ended with a man having to have his heart restarted by paramedics, who had found him without a pulse.

At first glance, this sounds like a pretty wild situation but really this is the sort of thing you have to accept as a possibility when making a decision that flies as wildly in the face of self-preservation as spending the day at a waterpark. One minute you could dragging a tube across scorching hot concrete over to the lazy river, the next minute someone might be beating you unconscious with a small personal cooler because they mistook you for a friend of the woman who tried to steal their friend’s baby momma’s beach towel.

That or you die violently on a rickety waterslide that in no way was built with the laws of physics in mind because it was designed by someone who, in lieu of ever getting an engineering degree, spent over 1,000 hours purposely killing park guests in Roller Coaster Tycoon. Or you die because you get salmonella from some 8-year-old’s wave pool diarrhea. There are a lot of options.

The brawl must have been ridiculously dangerous no video footage made it out. Do you know how dangerous something has to be for not even one person to be standing there filming at least five minutes of it? People would stand in front of a tidal wave of lava to get a good Snapchat. Someone must’ve been swinging a chainsaw out there.

The brawl’s inherent danger to pretty much every single person at the waterpark was evident from the only other footage of the incident that made it out, which is of everyone else in the park leaving while two families went full Hatfield and McCoy over a towel.

Watch: A Waterpark Worker Got Drunk and Turned the Wave Pool Up to Max Power