Boxer Billy Joe Saunders’s son punched his father’s opponent Willie Monroe Jr. right in the crotch at a weigh-in on Friday for Sunday’s WBO world middleweight championship title — and the wild moment was all caught on video.

In the footage of the incident, Saunders and Monroe stand and flex on either side of Saunder’s young son Stevie. Monroe then reaches down and, in an attempt to befriend little Stevie, ruffles the boy’s hair. While Monroe is just trying to interact with the young man, he gets much more than he bargained for because Stevie swiftly punches him in the groin and kicks him in the leg.

RELATED: Her answer to a “swingers cruise” question sent “Family Feud” and Steve Harvey off the rails for good

Officials quickly pulled the boy offstage, but he appeared to be smiling all the while. His father has since taken to Twitter to address his son’s actions.

“My sons been taught when A stranger puts their hands on them they don’t know punch and run away self defence,” Saunder’s tweeted following the event.

So far, there has been no indication on whether or not the judges will deduct points from Saunders for his child’s display.

RELATED: Man’s proposal goes off with a splash when he drops the $3K engagement ring into a pond 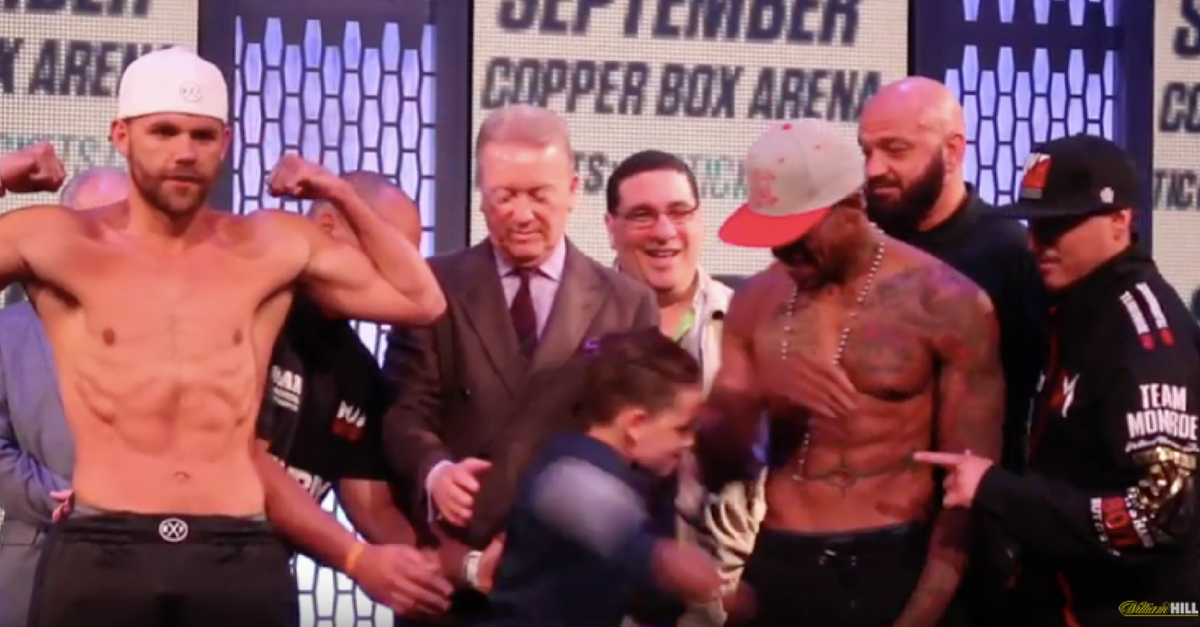