Amy Greco was going about her day as a manager at a 24 Hour Fitness in Hunting Beach, Calif. when a family of six crashed outside. A possible road rage driver crashed into the minivan, trapping the parents and their four children inside, reports NBC.

Greco ran over to the scene and got to work. She said that she approached a window of the vehicle, where the barely conscious driver informed her that he had children in the car. Greco then broke the back window and worked to pull the children out.

RELATED: Police say this man pulled out his gun and caused a road rage incident to turn deadly

“She was the bravest of all of us who were standing here watching,” said bystander Jonas Dimas, who filmed the entire ordeal. “She was definitely the bravest of them all.”

Authorities say that Brandon Pauw caused the accident when he drove his SUV into the family’s van. He was later charged with a DUI.

“I would hope if I had children that somebody would do the exact same thing,” Greco said in an interview. 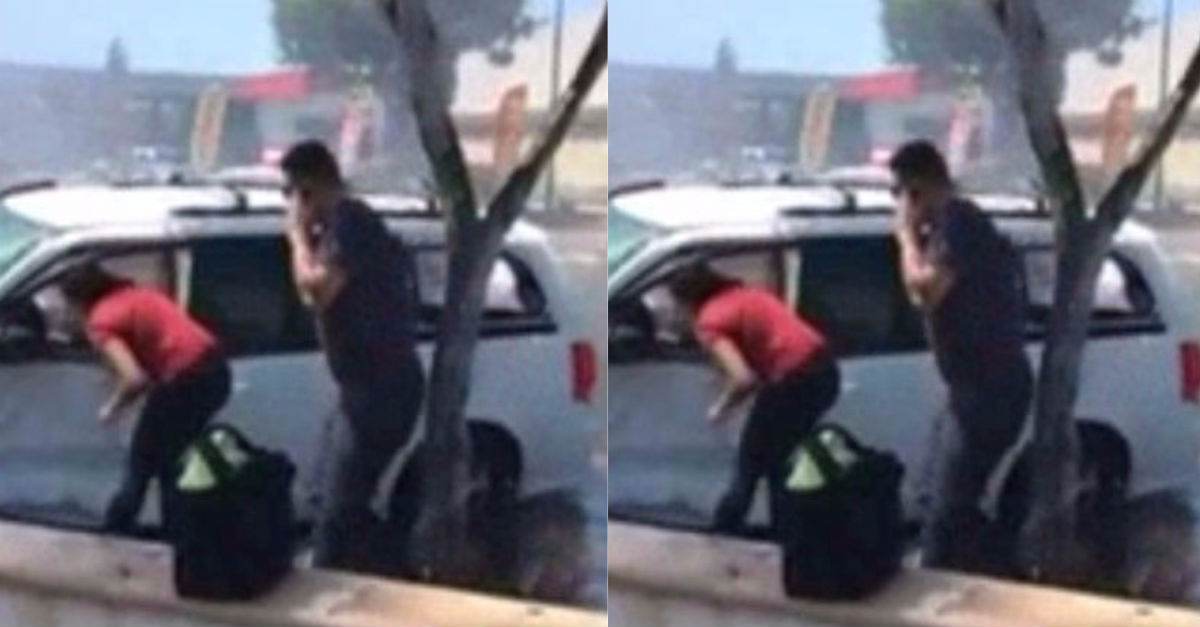