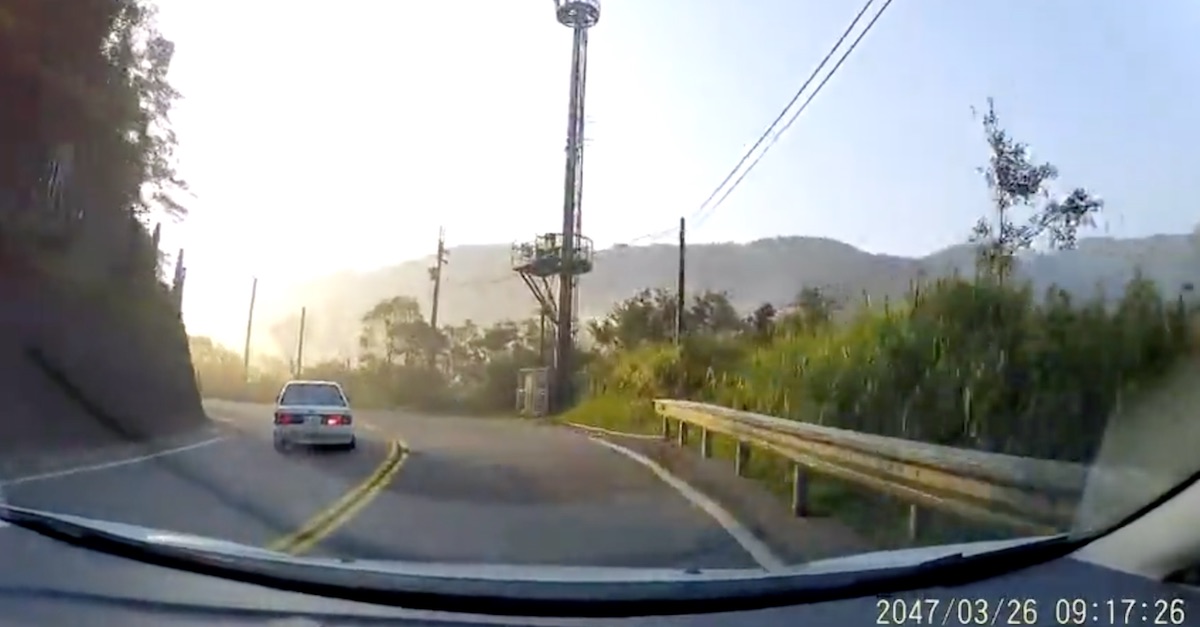 Two men traveling in a white BMW were filmed swerving all over the road and dangerously whipping around blind corners, only to senselessly hit into a motorcycle rider and get out of their vehicle somehow confused about what had occurred.

A dash cam was rolling when a more than erratic driver of a BMW was traveling on the wrong side of the road, even around blind corners.

The video shows the senseless back and forth and the completely avoidable result of the recklessness: a frightening crash with a motorcycle.

The passenger also got out of the car for a look.

It’s not clear if they stayed at the scene or if intoxicants were involved. Nor is the condition of the motorcyclist known.

RELATED: Cringeworthy video of cars crashing in the snow is Mondays and winter driving in a nutshell

We do know that the license plate reads RA-3527, but where this accident took place is not clear to us at this time.

The video has been handed over to police.