A birthday celebration turned into a fight for their lives for two California sisters.

Sisters Melda and Virginia Martinez Bojorquez went into a Los Angeles nail salon to treat themselves with manicures when a stranger walked in behind them and viciously attacked, reported KTLA.

RELATED: A 69-year-old disabled Navy vet put up a harrowing fight against a carjacker, and it was all caught on tape

“What followed can only be described as a senseless act of violence,” said LAPD captain Lillian Carranza during a news conference Wednesday, where she acted as an interpreter. She said the sisters “fought for their life and did everything humanly possible to protect each other.”

“There was no time to be scared,” said Carranza, translating from Spanish for the Bojorquez women.

The women reportedly took turns fighting off their attacker for over six minutes, trading blows and hitting him with furniture even as he threw punches at their heads. The harrowing footage was caught on surveillance camera and shows one of the women, at one point, beating the suspect with a chair. The salon owner, who had opened the salon’s doors just prior to the attack, ran to seek help.

An employee of the store next door ran in to help after the salon owner reportedly shouted “he’s going to kill them.”

“They were battling each other with chairs,” recalled Rene Javier Solis, the employee, during the conference. “I saw how badly wounded he was. … I just looked over to them and I was like, ‘Wow, I’m impressed.'”

RELATED: Mom does the right thing after seeing her teenage son on TV in connection to a serious crime

Investigators identified the assailant as 25-year-old Gustavo Aranda, who was found to match the description of a carjacker that had gone out over a LAPD radio broadcast hours prior. He and his clothing matched the description of the car thief who reportedly chased the driver of a 2007 Toyota 4Runner, before beating him to the ground and stealing his keys. Police discovered the SUV he allegedly stole near where it was stolen and according to Capt. Carranza, it was the same location where Aranda allegedly attacked another random man “just walking down the street.”

“The suspect parked the stolen vehicle, walked behind the victim, and once again, without provocation, he started beating on the victim,” she added. Authorities believe Aranda committed several other crimes during his “spree.” He was arrested on charges of robbery and is being held on $150,000 bail. They’re asking for any witnesses who may have seen his random rampage to step forward.

“We suspect that he’s gone on a crime spree,” Carranza said. “We would like to know what happened in those two hours between the carjacking and the attack on the two sisters.” 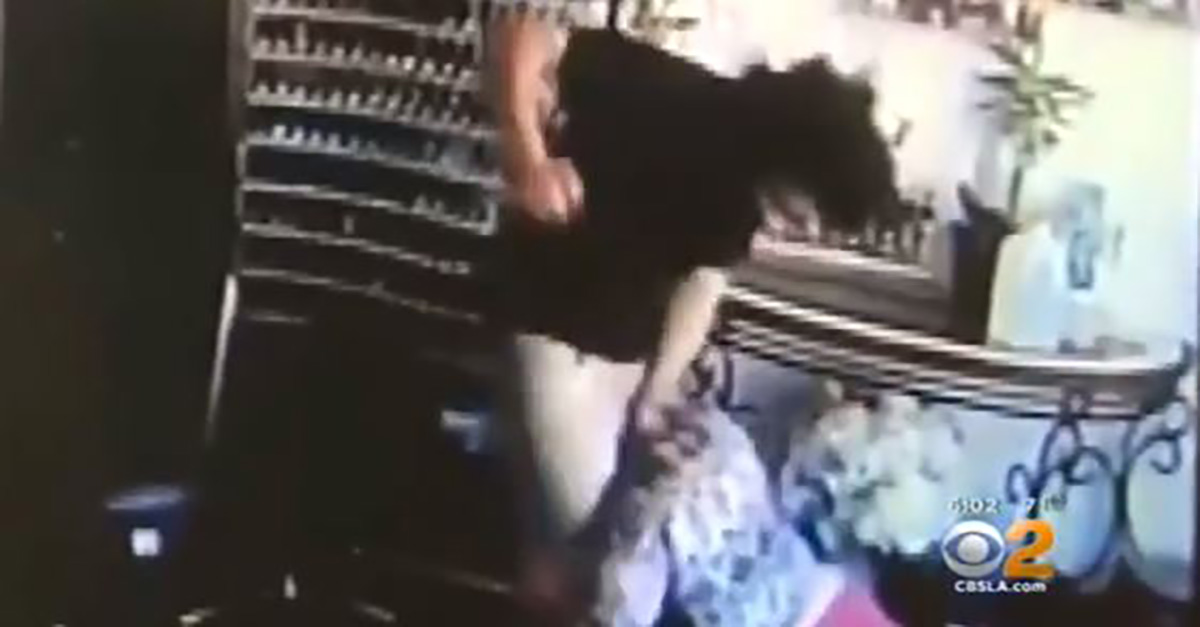