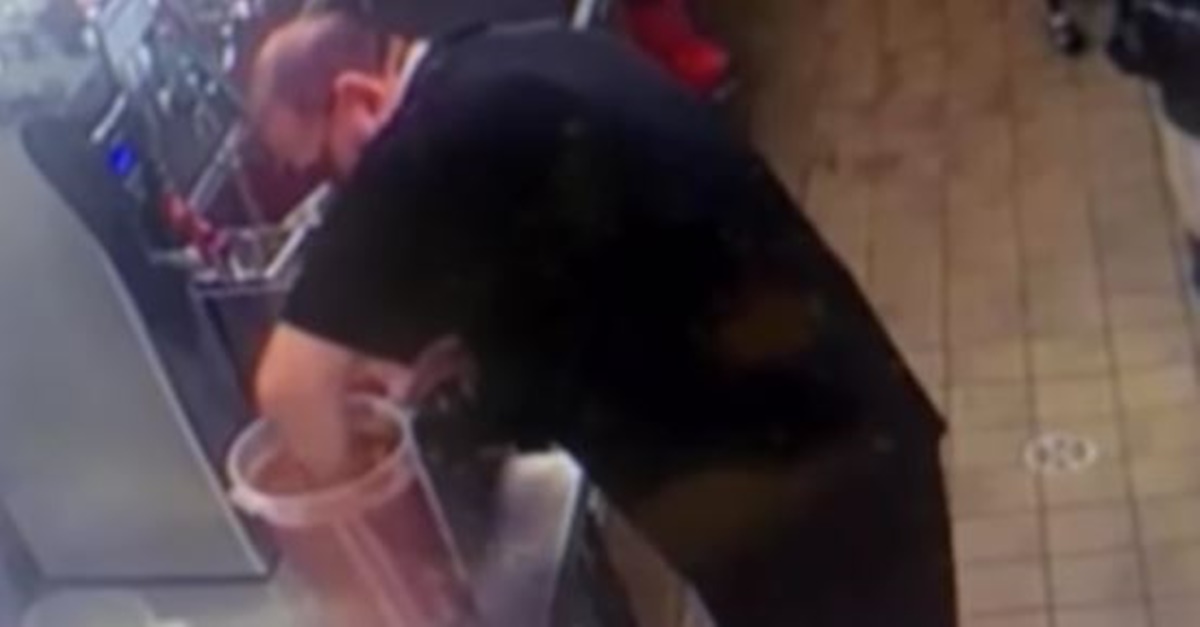 The owner of a fast food restaurant Carl’s Jr. in Red Deer, Alberta, was barred from his own restaurant’s kitchen due to a number of unsavory health code violations, including using his forearm to stir a bucket of barbecue sauce and handling raw chicken with his bare hands. And then, there was the chicken tender he dropped on the floor and didn’t throw away.

The Carl’s Jr. owner, Jack Webb, had his unhygienic actions captured by in-store security video. He’s seen without gloves, forearm deep in a large container, mixing a batch of barbecue sauce for Carl’s Jr. burgers, instead of using a cooking tool like a spatula. That was among the first of no fewer than 10 food safety violations caught on security cameras and obtained by CBC News.

A former manager at the restaurant turned in Webb to health authorities and the CBC. “I’ve never seen anything like this. If he wasn’t an owner, he would have been fired instantly. There wouldn’t even have been a debate,” Andrew Minnes told CBC News.

In the video in which Webb is using his arm to mix the barbecue sauce, an employee tries to hand him a long wooden spoon, but Webb refuses it. Minnes said kitchen staff alerted him to the violations. When he approached Webb about it, the owner blew him off.

“His reaction was, ‘I’m the owner’ and then, ‘Too bad,'” Minnes said. “He made it clear to the staff as well that they don’t say anything, ‘Don’t talk about what I’m doing, I do what I feel like doing.'” That’s when Minnes started recording the security video footage that overlooked the kitchen.

Separate videos show Webb dropping a french fry scoop on the floor and then using it again without washing it, and then another time he dropped a chicken tender on the floor, and instead of throwing it away, he picked it up and put it back on the warming tray.

RELATED: A fast food worker accused of putting menstrual blood on a burger has turned herself in to the police