A circus performance took a horrifying turn when a lion attacked 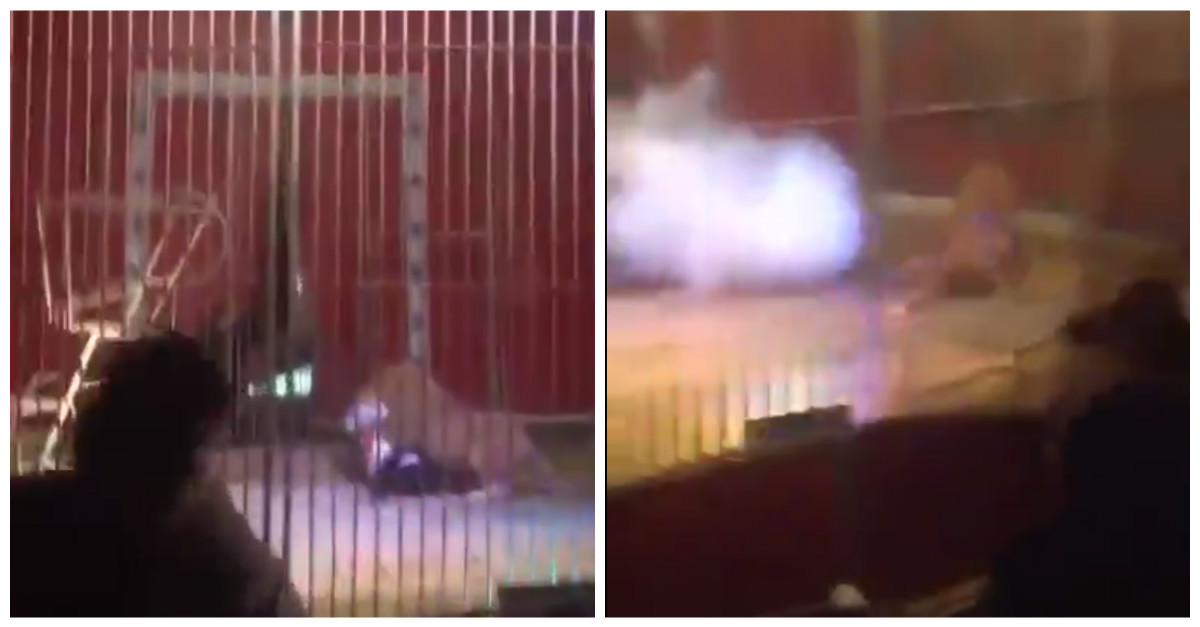 The idea of “lion-taming” has mostly fallen by the wayside, but in some places, it’s still possible to take in an evening with a wild beast. French circus spectators were treated to a real-life horror show on Sunday when a lion attacked one of the tamers at a circus.

RELATED: Mountain lions should be free–but this one spent nearly 20 years chained to a circus truck

After a moment, the lion is sprayed with what appears to be a fire extinguisher, and the tamer stumbles out of the cage, holding his throat. A mother who was at the performance with her 6-year-old daughter told The Sun that the girl “cried all night.” The Independent reported that the victim is 30-year-old Steeve Loberot and that when he was transferred into medical care, his injuries were serious, but they have not been detailed.

In the United States, lion-taming is extremely rare. Almost all of the major circuses have disappeared, and even the Ringling Brothers, the so-called “Greatest Show on Earth,” are hanging up their capes. Pressure from animal rights activists and declining ticket sales have led to the extinction of the circuses.