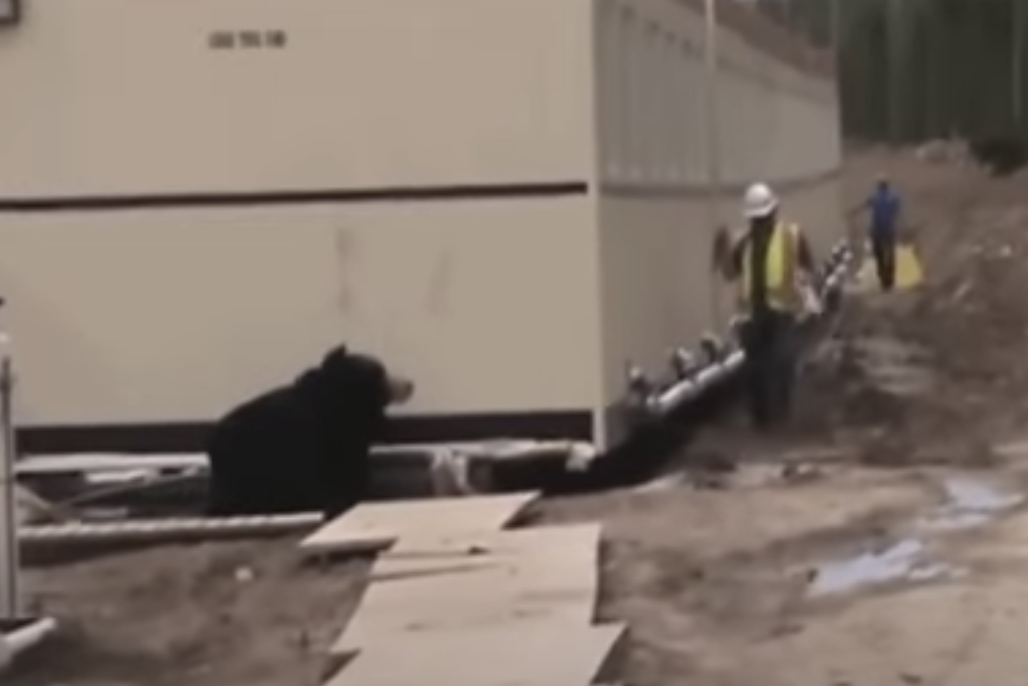 One guy was in for a beary (ha!) interesting afternoon. An amusing video was uploaded to YouTube of a man who dressed up in a bear costume and scared the hell out of his coworker.

The “black bear” ran after him, causing his coworker to trip, fall and roll around in the dirt. His coworkers secretly filmed the prank and can be heard laughing hysterically throughout the entire video.

The Best Prank Featuring a Fake Bear Attack Ever?

Social media platforms like TikTok, YouTube, and Instagram are obviously littered with hilarious prank videos showing people freaking the geek out over seeing some sort of fake predator pop out of a closet or come from around a corner. But those poor people. This poor construction worker. He just had his fight or flight instinct triggered.

The guy in the bear suit is lucky that humans prefer flight. This is, after all, a construction site. What if the dude in the bear suit scared the wrong coworker and got absolutely lit up by a nail gun. Or just started bashing his brains in with a sledgehammer or something. This could have gone south in so, so many horrifying ways for Mr. Hilarious here. That would, at this point, be the funnier video to watch. Man tries to scare construction worker friend dressed as ghost, gets sawed in half.

This video was originally published March 9, 2016.

Watch: Little Girl Loses Race with Dad and Dogs, Cries Because She Thought She Was Fastest Girl in World