This was one hell of a punch.

Video of a road rage incident from 2015 in Albuquerque, N.M. captured the moment a dad knocked a drunk driver out cold on a sidewalk with one punch in front the latter’s dad.

RELATED: This couple got a huge helping of Texas road rage and things got ugly fast

According to KRQE News 13, the guy who got decked was 26-year-old Ryan Allen and he was the one who got arrested, not the man who delivered the knockout blow.

Look at this punch. It happens at the 2:50 mark in the video.

Allen admitted to police upon their arrival that he had been drinking and was arrested for aggravated DWI.

As you can see, he struggled to get up again and it probably wasn’t just because of the punch.

The man who threw the punch said over the phone that his own son, 22, was threatened by Allen with a gun and a middle finger, leading the son to follow Allen and this dad to follow his son in a truck.

Allen did not admit to brandishing a gun.

He sustained a concussion.

The incident happened after 7 a.m in the morning. 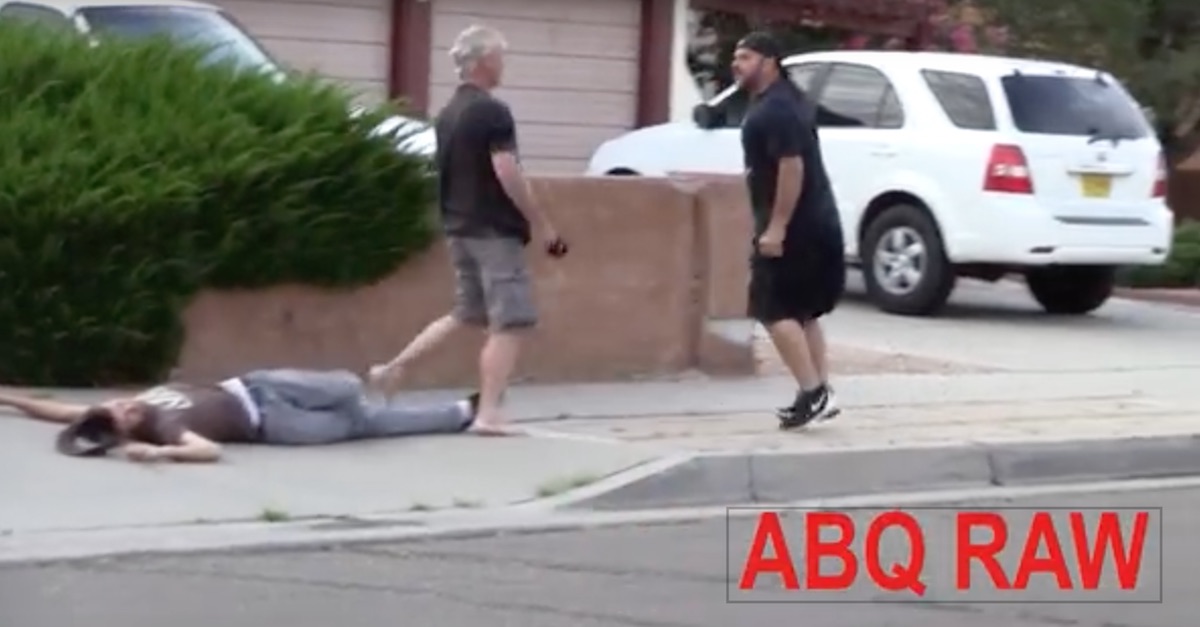