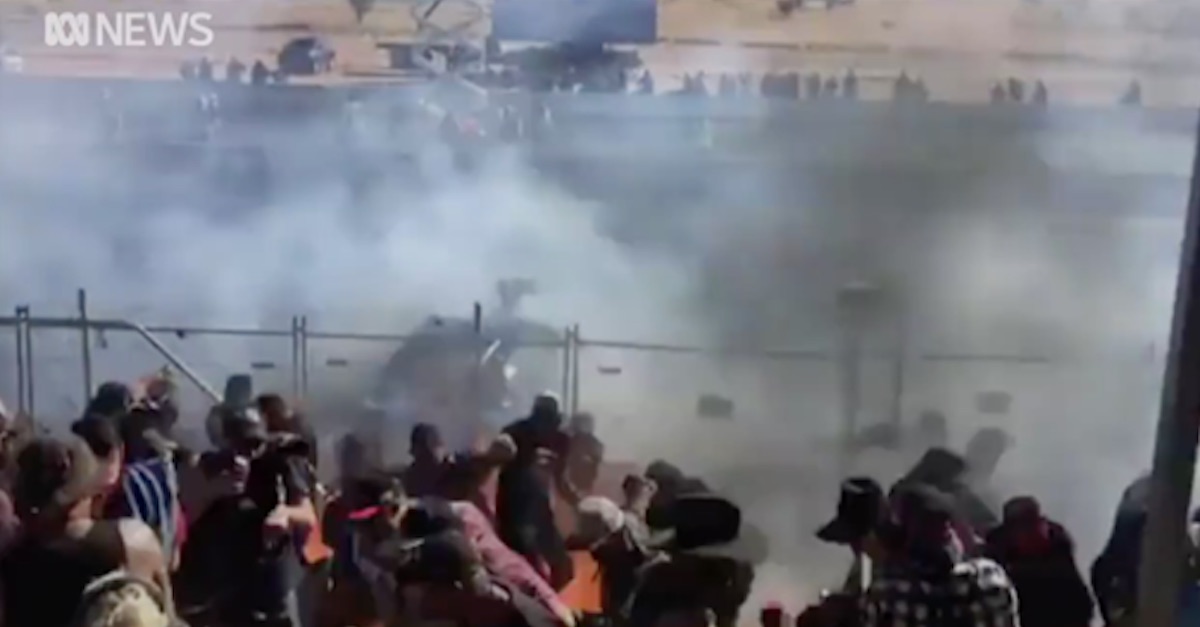 Frightening video out of Australia captured the moment a crowd watching a burnout competition at the Red CentreNATS “Ultimate Festival of Wheels” in Alice Springs on Sunday found itself in the line of fire.

The BBC reported that 12 people were injured when a driver’s burnout spat flames at spectators and sent them scrambling for safety. While 11 were taken to the hospital, treated and listed in stable condition, a 47-year-old man who suffered burns on at least 20 percent of his body had to be airlifted.

His condition was described as critical. The man’s 19-year-old son was also injured.

RELATED: Driver hits the gas instead of the brake and obliterates a laundromat

This drag-racing event in Australia had to be cancelled after burning fuel hit the crowd https://t.co/UBIjFimBoG pic.twitter.com/dNH4dE7ZVV

“This is a distressing situation however all patients are receiving the care they need,” Red CentreNATS has said in a statement.

ABC News also reported a statement from the Northern Territory Major Events Company, the organizer of the event.

“Due to the incident, the organisers ceased the competition so the focus can be on the people who are in need of assistance,” the organizer said. “[We] acknowledge the respect that attendees gave to the situation and encourage any spectators affected to seek support and medical assistance.”

Authorities are now tasked with investigating the incident.