A daredevil in Thailand only known by the name “Bomb” gained some fame recently for his moped tricks, riding at high speeds while wearing only shorts and flip-flops.

“Bomb has some special skills on his motorcycle,” said friend Wanchaloem Kingphukhao, 20, of the 28-year-old daredevil.

Bomb’s stunts are not without some modifications, though. According to Kingphukhao, “He uses rubber to keep the accelerator down so he can keep his hands outside.”

“It looks fun but people shouldn’t try it themselves unless they are experts,” he added.

RELATED: Scary video of a “crazy” stranger chasing after a mom and son as they hiked is dropping jaws 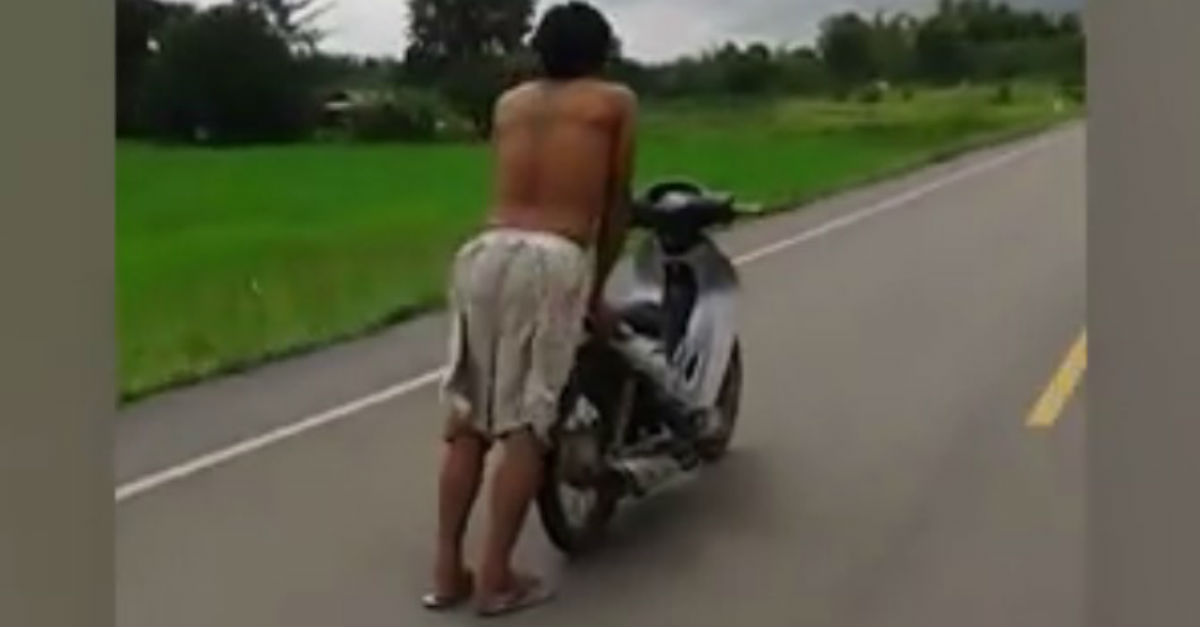