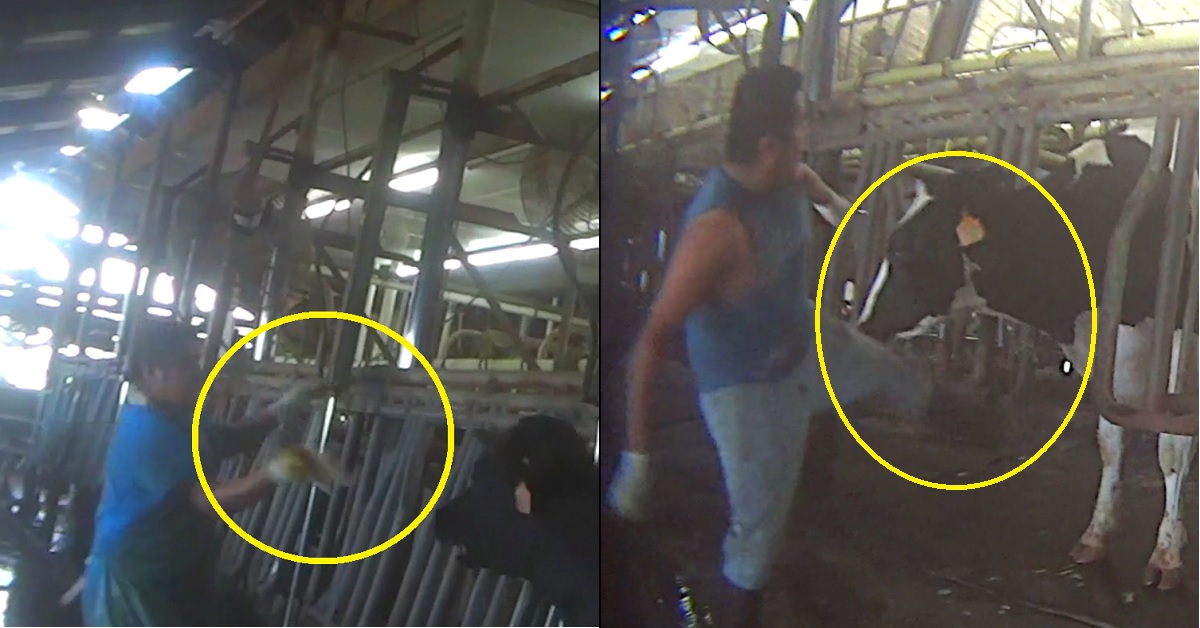 The video and an accompanying letter allege that workers beat cows on their torsos and heads to increase milk production using their hands and feet as well as blunt objects like construction rebar. ARM claims the investigation began in August of this year.

ARM claims that their operatives were encouraged to abuse the animals by owner Jacob Larson himself, saying that workers “beat the cows into submission” in teams.

Sheriff Stephen expressed some skepticism at those claims, insisting that owners Jacob and Woody Larson “would not condone this activity had they known about it. They’d have fired them on the spot.”

They appear to have done just that — one Larson Dairy employee has been fired and two have been suspended since the release of the video, according to the Treasure Coast Palm. The dairy farm is also investigating the video and the employees pictured in it.

Publix, who used the Larson farm as a supplier of milk, has ended their relationship with the farm around the allegations. At this time, the farm is still producing milk.

The full video released by ARM is embedded below.