An unidentified, self-labeled “anonymous environmental activist collective” decided to show President Trump exactly how they felt about his “blatant disregard” for environmental policies.

A produced video showed some of the members sneaking into Trump National Golf Club in Rancho Palos Verdes, Calif. There, the activists used tools to carve a message that says “NO MORE TIGERS. NO MORE WOODS” in the green.

Their work can be viewed from the air.

RELATED: Press Secretary Sean Spicer got harassed at an Apple Store and it was all streamed on Twitter

The Los Angeles Police Department reportedly already opened an investigation into the incident.

The group released a statement to The Washington Post:

“In response to the president’s recent decision to gut our existing protection policies, direct action was conceived and executed on the green of his California golf course in the form of a simple message: NO MORE TIGERS. NO MORE WOODS.” 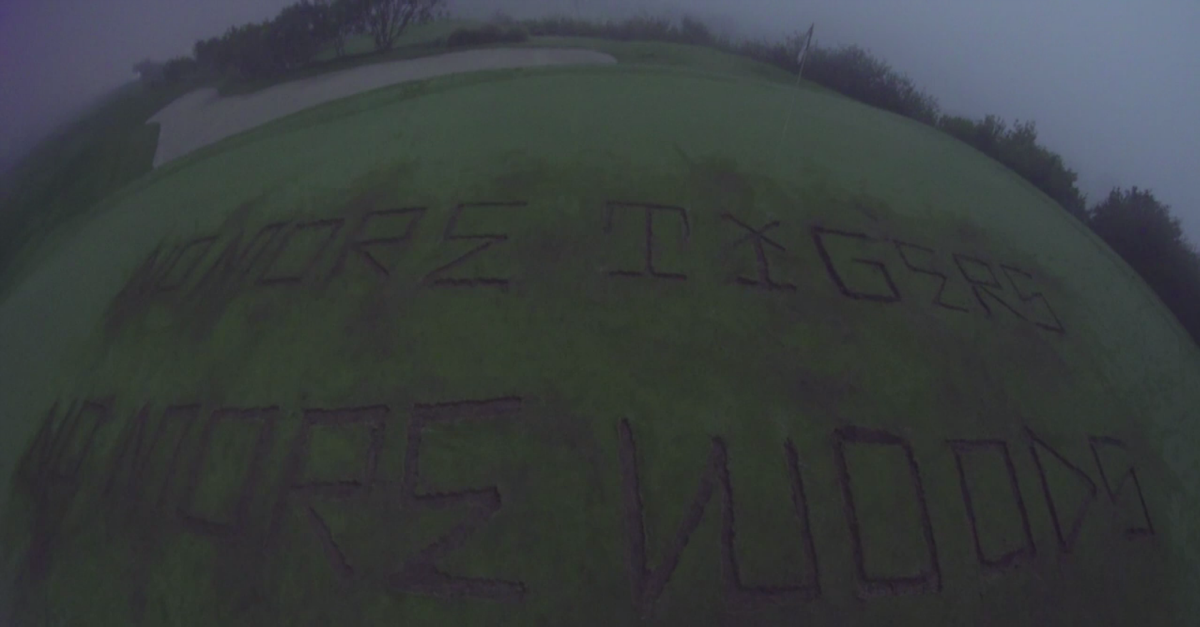