A 28-year-old Bradenton, Florida man who allegedly tried to rob an elderly woman as she left church was stopped and subdued by a city manager and two construction workers — and it was all caught on a church surveillance camera.

The Bradenton Herald reports that the City of Bradenton has named Jason Perez as the suspect in the alleged brazen broad-day robbery attempt.

RELATED: Blood in the water: a man in North Carolina tried grabbing a shark by the fin and regretted his choice right away

They say the man had been identified to police earlier in the day by Bradenton City Manager Tom Barwin for allegedly hitting passing cars with his fists and ranting aloud to no one in particular.

But it was an alleged robbery that led Barwin, who is a former police officer, and two unnamed construction workers to rush in and restrain him.

In surveillance video, Perez is plainly visible as he stalks up to a group of elderly women as they leave church. Then, he turns and follows them.

It’s not especially apparent in the video, but Perez allegedly cornered one of the women in the church’s walkway and attempted to take her purse.

Barwin was on the scene first, having already encountered Perez earlier in the day. With the help of two construction workers who rush in, they subdue the visibly erratic Perez.

He faces charges of attempted robbery and battery on a person 65 years of age or older. Perez is being held without bond. 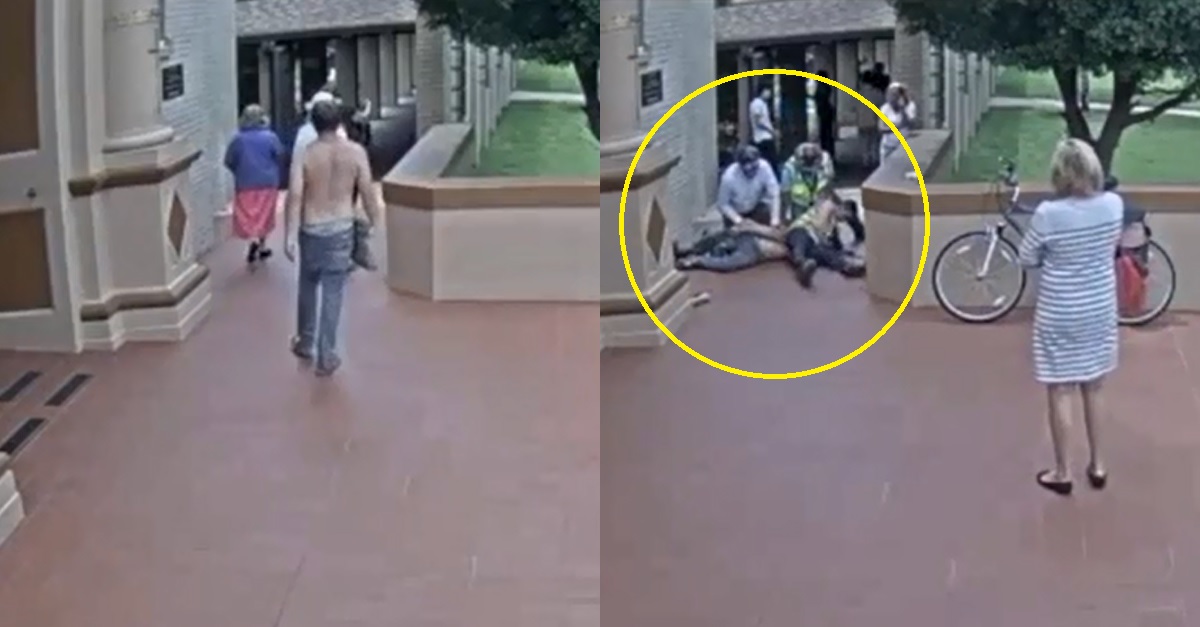