A 38-year-old man who drove to a Boston-area radio station with axes to demand that the radio station play Insane Clown Posse’s “My Axe” was arrested after a brief showdown with police yesterday.

Fans of Insane Clown Posse, or ICP, often identify as members of a “family,” wear face paint and spray each other with Faygo, a soft drink widely available in the Midwest. Insane Clown Posse claims to be from Detroit, Michigan, a fact contested by Detroit rapper Eminem.

This Insane Clown Posse fan showed up in Medford, Massachusetts, appearing at the broadcast building for iHeart Radio station Kiss 108.

Witness Greg Gross told Boston 25 that the man showed up to KISS 108 with axes:

He originally came here to request a song by ICP, a song called ‘Axe.’ And he brought an axe himself, that was one of the first things I saw when I came out here, he threw an axe on the ground outside his vehicle.

KISS 108 is a Top 40 format radio station, and is therefore unlikely to play Insane Clown Posse music, let alone “My Axe,” a song about axe murder which contains the line “Me and my axe will give your forehead a buttcrack.”

Police and SWAT responded to the man and his numerous weapons. They used a taser and a bean bag shotgun to subdue the man, after he would not stop driving around the station slowly and dropping bladed weapons on the ground.

The man’s car was boxed in near the station’s loading dock and he was taken into custody. CBS Boston reports that the man was drinking beer and “huffing” a substance during the episode.

No one was injured in the exchange; police are not releasing his name because the incident is currently being treated as a mental health crisis, not a criminal incident. 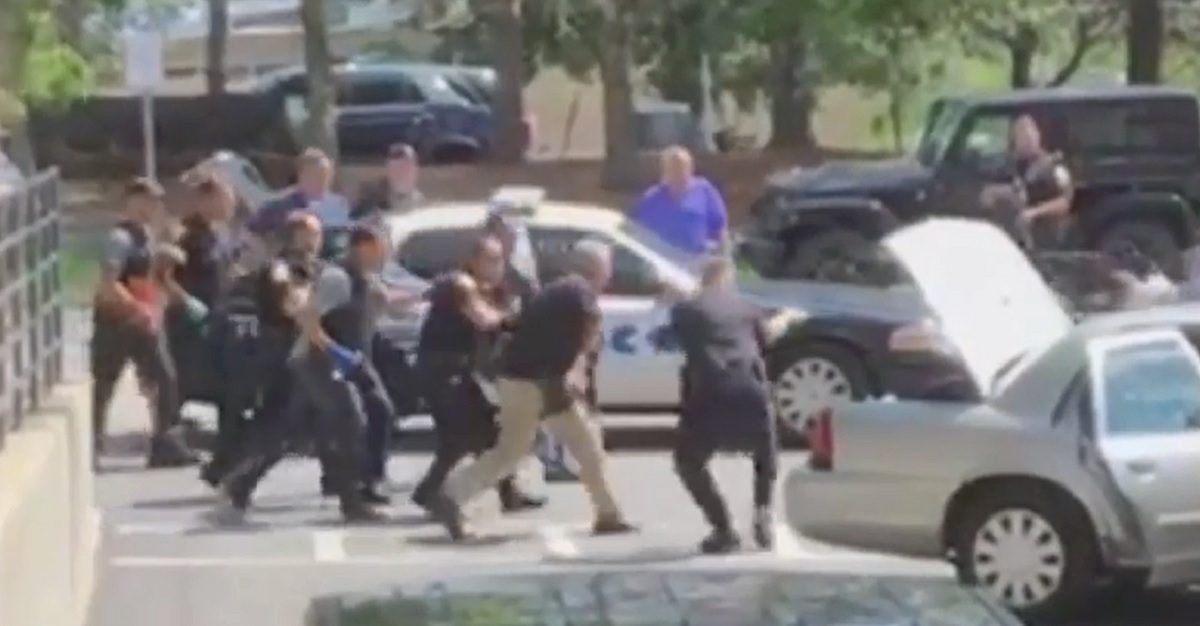