A Louisiana comedian filmed an all-out brawl at Denny’s, but got Facebook flak for not helping 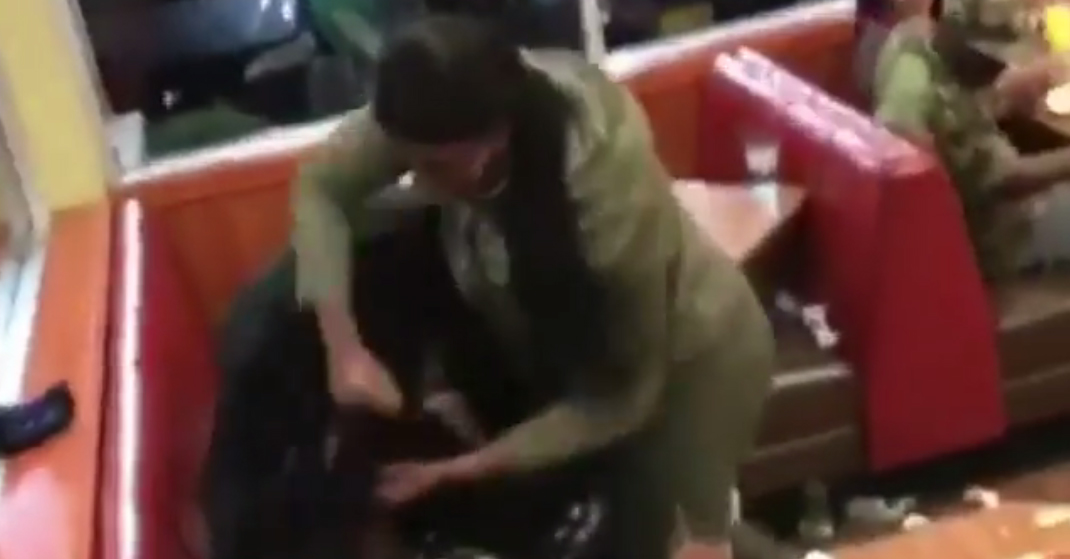 An early morning melee at a Denny’s in Albany, N.Y., was caught on video by a comedian who goes by the name Nick Nack Pattiwhack. He posted the video on Facebook, and more than 3.5 million people have watched a confrontation erupt into an all-out brawl.

Authorities confirmed to the Albany Times Union that the fight took place around 4:20 a.m. at a Denny’s off Wolf Road in Colonie. Police made no arrests after peace was finally restored.

The comedian, whose real name is Nick Joseph, was at the Denny’s with his sidekick, Dan Rue. Both are from Baton Rouge, La. The pair are known for wacky antics and videos they post online, and have coined several phrases, including, “We live, baby!”

That phrase was rather appropriate inside the Denny’s as Joseph recorded the events unfolding in front of them.

“What is you doing, baby?! I didn’t even get my food yet, baby!” Joseph can be heard saying as plates literally start flying around them. “We live, baby! Yeah!”

The incident started with a confrontation between two groups of people. Soon, the scene turned violent, with punches, plates and silverware thrown. Undeterred, Joseph kept rolling and added play-by-play commentary.

RELATED: Shocking video shows 12-year-old girl getting beaten up in a bathroom

At one point in the video, three tussling females land in the booth next to Joseph. Joseph gets concerned that they’re going to knock over his beverage sitting on the edge of the table, so he grabs the drink and moves it to safety.

Some Facebook commenters railed on Joseph for protecting his drink and not breaking up the fight that spilled over beside him.

Another wrote: “Real talk…This wasnt cool or funny at all. I like you two guys, yall make me laugh but this is sad seeing grown folks especially black women acting like hoodlums and you promoting it.”