A mama gator tried to bite a photographer twice, but that didn’t stop him from taking pictures 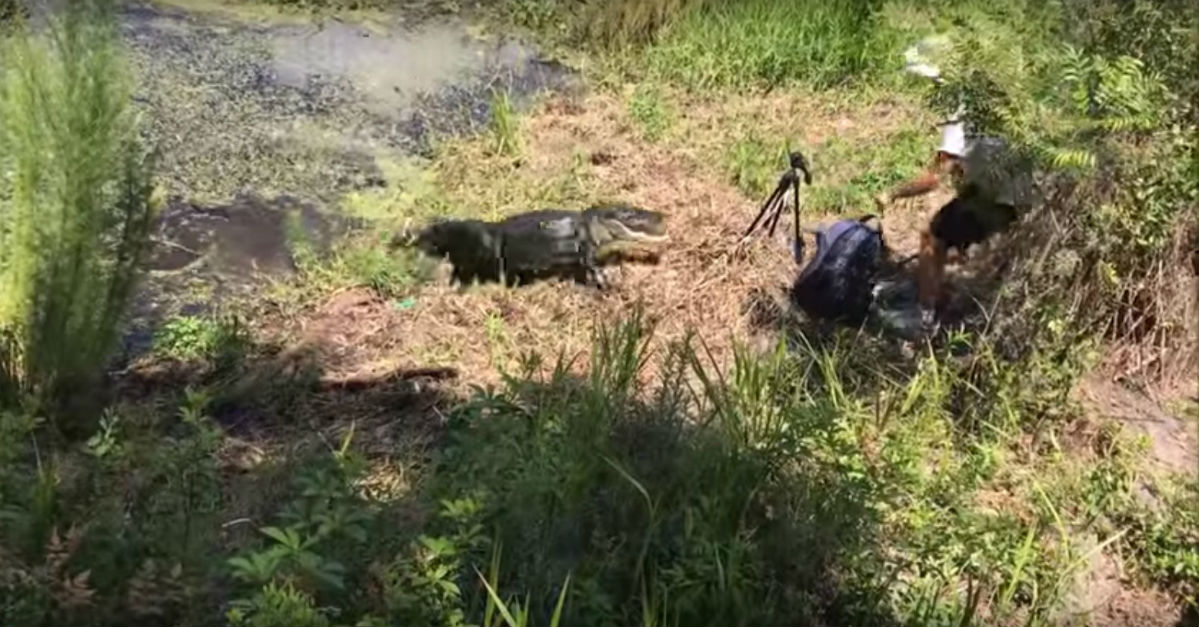 Ben Boukari Jr. witnessed what could have been a terrible incident when a photographer got too close to a mama gator and her babies, reports WPTV.

Filming at Paynes Prairie in Gainesville, Florida, Boukari’s video shows the alligator approaching a man from the water and biting his tripod as he scrambles to get out of the way.

The alligator remained in the spot while the man pulled out a camera phone to continue to take pictures.

RELATED: Two idiots are in trouble after they forced a baby gator to chug a brewski on Snapchat

After a few moments, the alligator slowly disappears back into the water.

As the photographer took the opportunity to grab his backpack and tripod, the mother quickly emerged from the water again and ran towards the man. He dropped his things in an effort to avoid a bite.

Still dedicated to his mission, neither of those interactions were enough to deter the photographer from getting his footage.

Boukari said the interaction was “certainly a what not to do.”