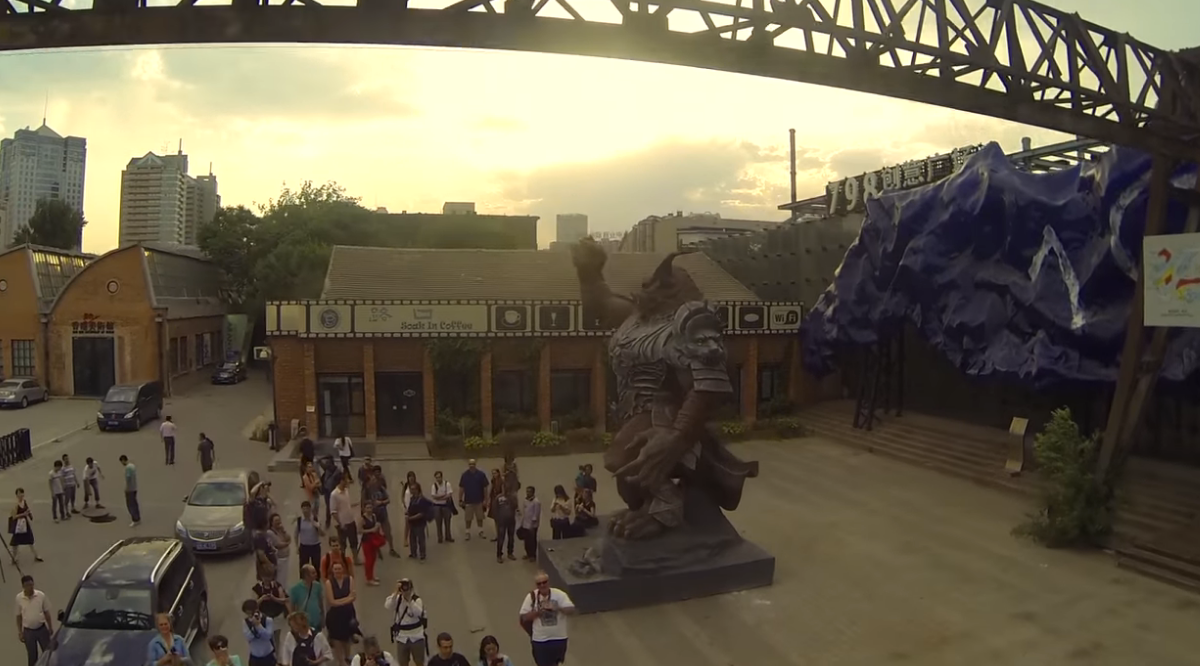 Titled “Beijing from Above,  Aka The Story Of How I Was Detained By The Police For Flying My DJI Quadcopter, “the video was made with a quadcopter and a GoPro, before having a little run in with the law.

Radcliff explains, “So, I went into this not knowing what was legal and what was not legal. Okay, I had a sinking feeling that flying a quadcopter over the Forbidden City might be more black than grey, but my intentions were pure and artistic, so I figured that gave me some sort of leeway. At least, this is how I justified everything in my head beforehand. You’re starting to see how I make bad decisions.”

Radcliff said he’s flown the drone for five days without issue, but then his luck ran out. He was filming above Beihai Park, not realizing that all the Chinese government buildings were just behind the trees.

After being escorted to a detention facility through several secure doors, Radcliff says, “I basically explained that I was a photographer, and I like getting unique angles. I simply like taking photos and making Beijing look beautiful.”

Do you think the  results were  worth the risk?  Radcliff may have second thoughts.  In his posting about his adventure he includes this note to his future self: “Do Not Fly Quadcopter Over The Chinese NSA Intelligence Buildings.”