Ask Steve Verschoor about what he regrets most about taking on a rabid bobcat with his bare hands. His answer is surprisingly low-key.

“I can’t go golfing or bowling for a while,” the man admits to KPNX, seemingly downplaying the fact that he’d been exposed to rabies.

But the self-proclaimed animal lover says he couldn’t help but go “into attack mode” when he spotted the bobcat attacking a German Shepherd outside the Anthem County Club in Anthem, Arizona.

The dog was protecting its owner, who was reportedly not injured in the incident. It’s not clear what happened to the dog. A deputy from the Maricopa County Sheriff’s Office chased down and killed the bobcat, since it attacked a human.

RELATED: A family is mourning their infant after the family dog turned into a monster

Video shot by bystander Jason Garrido shows the moment the small bobcat attacked Verschoor, latching onto his hand so strongly that he couldn’t even swing the animal off.

Seconds earlier, Verschoor and the dog’s owner coaxed the dog into letting go of the bobcat.

The bobcat tore into his hand and thumb, causing a giant laceration that can be partially seen on video.

Verschoor had stepped outside that morning to collect his morning newspaper, but his day would end in a hospital.

Laughing, Verschoor also told the network “attacking a wild animal with your bare hands probably isn’t a good idea.” It’s not clear whether he’s undergoing treatment for rabies at this time.

He even feels remorse over the fact that the bobcat was killed, saying he was “sorry” the animal was put down, but that “with wild animals, especially once they get human blood, you got to take action.” 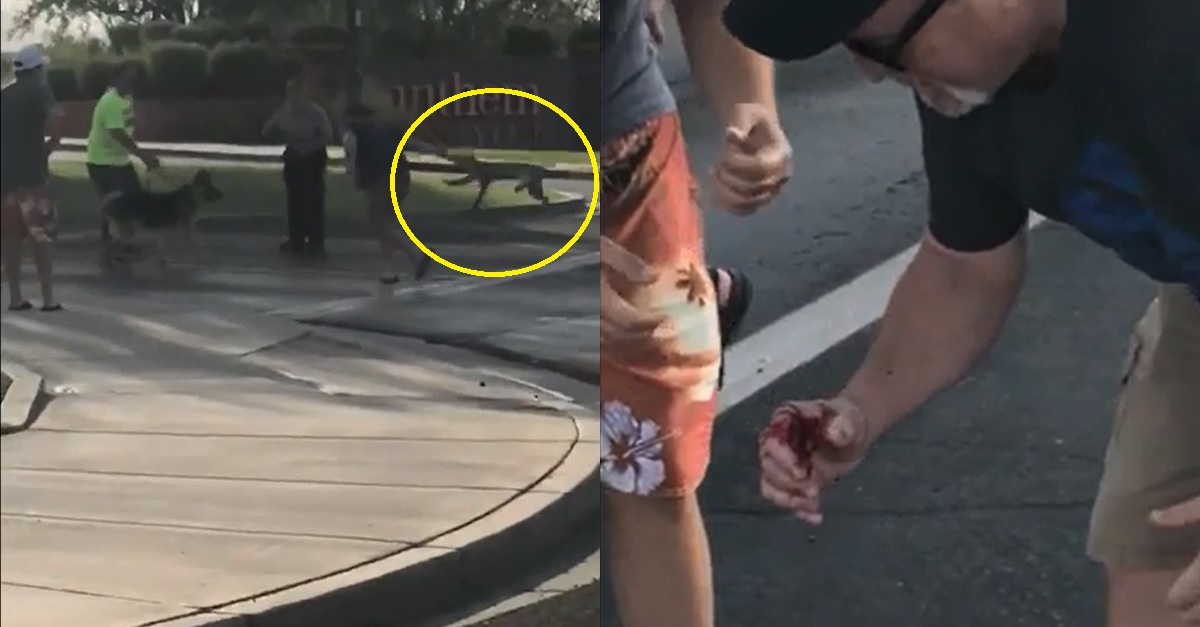