Man Does Cartwheel During Field Sobriety Test, It Goes As Poorly As You’d Expect 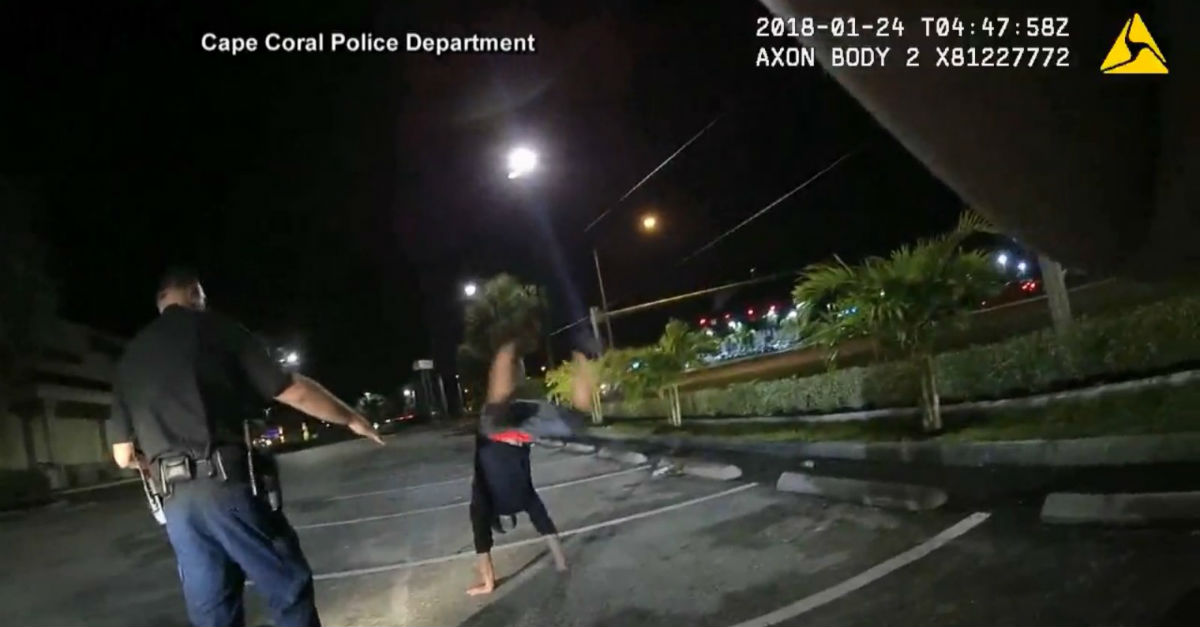 Thanks to a police officer’s body camera, we can see the interesting gamble one Florida man took try to prove that he wasn’t drinking and driving.

Christopher Bidzinski, 30, was already well-known to the Cape Coral Police Department. According to WFLA, Bidzinski had already been charged with DUI twice in the past two years. And the night before his taped interaction with an officer, police took Bidzinski home in another incident.

Well this time, he tried something different.

Footage from a body camera begins as all good videos do: with someone holding fries. Bidzinski, the someone in question, was eating his meal from McDonald’s when he was approached by police.

(They were called in the first place because he was reportedly slumped over the wheel in the fast food restaurant’s drive-thru.)

Bidzinski is then seen being ordered out of his vehicle so officers can conduct a field sobriety test. When it becomes clear that he is struggling to stay focused, he apparently gets the idea to conduct his own test.

Placing his hands up, Bidzinski dips into a graceful cartwheel. It’s hard to tell whether his poor form or fall to the ground at the end of the maneuver have the desired effect.

After Bidzinski reportedly failed the field test and refused to take a breathalyzer, police arrested him on a DUI charge, saying they saw a chilled, unopened bottle of wine in his truck.

Watch: When her husband was being brutally assaulted, this gun-toting woman knew just what to do