It was Fourth of July weekend, and a homeowner in Grand Blanc Township, MI found a wasp nest in his standalone garage.

Now, that might not be a big deal for some. But this particular garage had both a grill and a fireworks cache in it. Obviously, those wasps would have to be dealt with before the Fourth.

RELATED: If you think you can beat this firework prank from last year’s Independence Day, think again

It’s well-known that beekeepers “smoke” hives of live bees before working on them. The smoke calms the insects and blocks pheromones used to alarm each other to an intruder. So this homeowner turned to the smoke bombs in his fireworks kit — same thing, right?

He lit the firework and walked away.

Shortly after, a neighbor saw flames. By the time firefighters arrived, the structure was done for. Firefighters from Burton and Mundy Township also responded. In video posted by NBC25, those fireworks can be seen going off early

Fire destroys a garage in Grand Blanc Township. Fireworks can be seen exploding in the flames. #fireworks #fire pic.twitter.com/vqDM8r0E0o

No one was hurt; the home on the property suffered minor cosmetic damage. 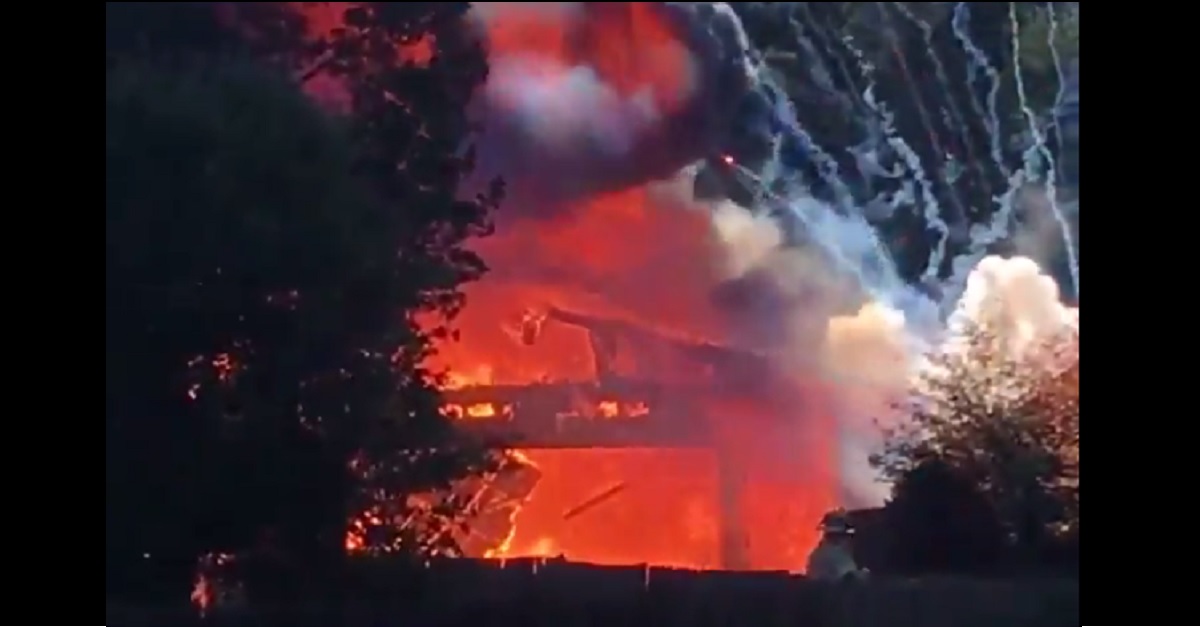