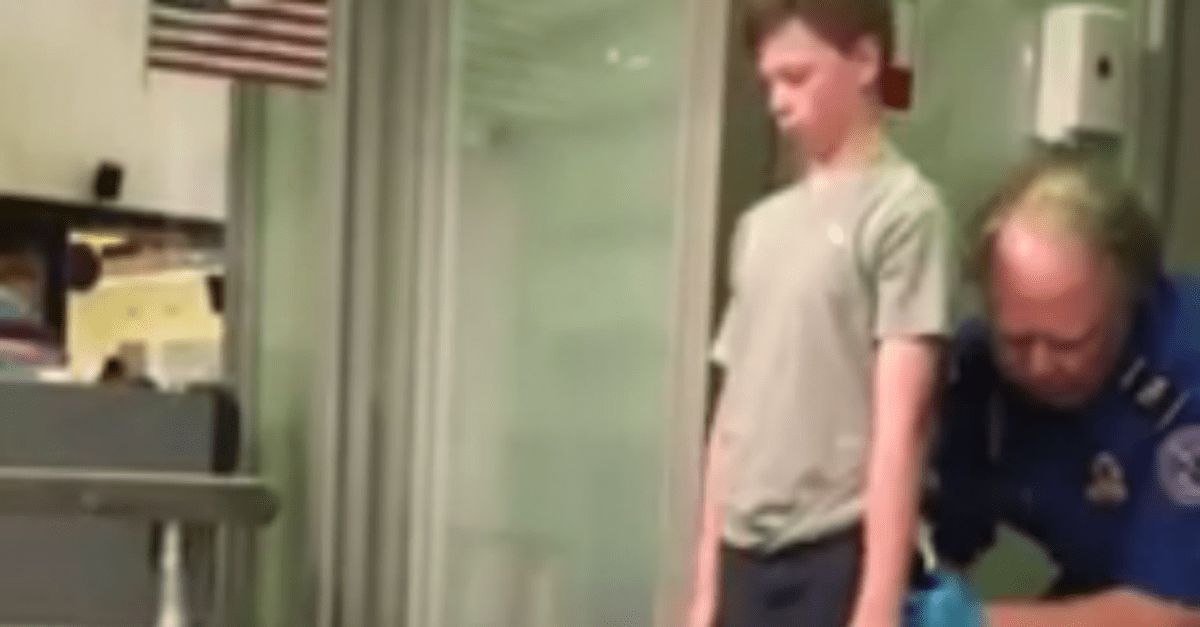 Jennifer Williamson was trying to fly out of Dallas/Fort Worth International Airport with her son Aaron.

While going through Transportation Security Administration (TSA) screening, Williamson requested that her son, who has Sensory Processing Disorder (SPD), be screened through a method alternative to a pat down.

Despite her request, a TSA agent proceeded with a pat down, which Williamson then recorded. The ordeal is a bit uncomfortable to watch.

RELATED: The TSA puts a more personal touch on their pat-downs in this “Late Night” sketch

In a Facebook post, Williamson said that her son did not set off any alarms. She went into more detail of the scene:

He is still several hours later saying “I don’t know what I did. What did I do?” I am livid. Please, share… make this viral like the other children’s videos with TSA… I wish I had taped the entire interchange because it was horrifying. We had two DFW police officers that were called and flanking him on each side. Somehow these power tripping TSA agents who are traumatizing children and doing whatever they feel like without any cause, need to be reined in.

The TSA has faced severe backlash over accusations of overly aggressive screening, including one popular 2016 incident with a disabled teenager. The agency has also faced accusations of ineffectiveness, as a 2015 report showed that the TSA failed 95 percent of undercover airport security tests, missing weapons and explosives.