A school bus driver had absolutely no answer for icy roads, and the kids on board won’t soon forget it 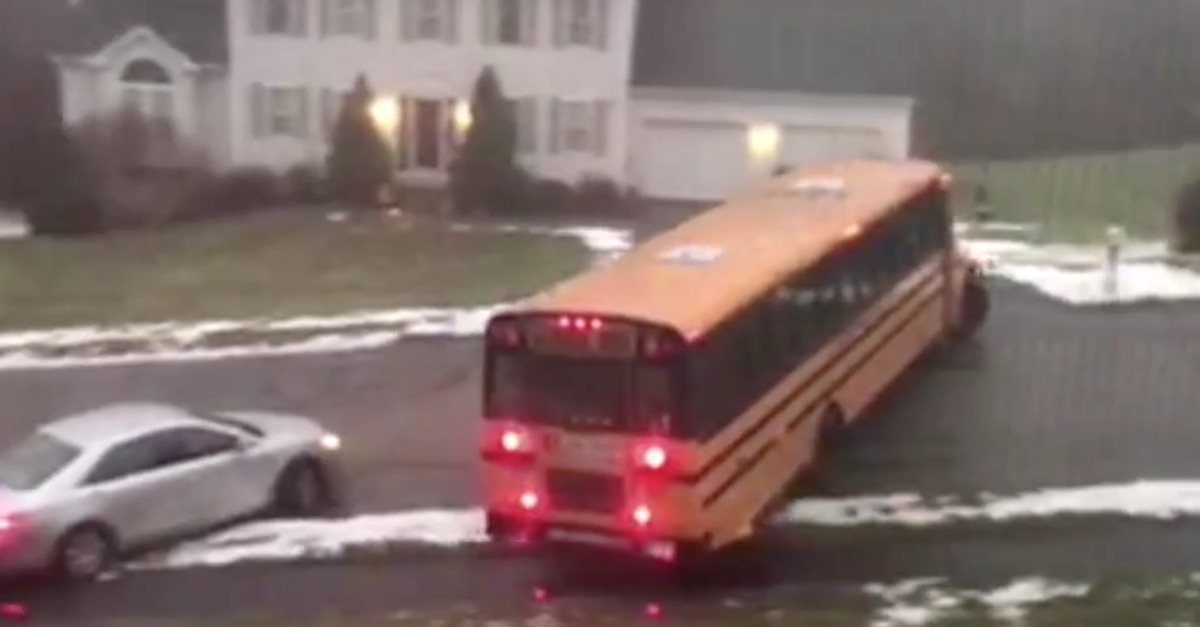 SUTTON, Mass. – A school bus full of children on the way to school slid off and down a road in Sutton Tuesday morning, the school superintendent confirmed.

A video posted to Facebook showed the bus sliding down Peach Tree Road, which has a slight hill. It took out a mailbox and finally came to a stop after hitting a small sedan parked on the side of the road.

School superintendent Theodore Friend said that no one was hurt during the crash. He had been communicating with the highway department about the salting schedule and they thought they could get to all the roads before the buses went out for the day. Friend said they hadn’t made it to Peach Tree Road yet when the crash happened.

Friend said the bus had middle and high school students on board. Some went to school after, others went home for the day.

Parents said that around 7:35 a.m. they received a text message saying all the school buses have been taken off the roads until it is less icy, per an instruction by the Sutton Police Department. The buses would wait on the side of the road in the meantime.