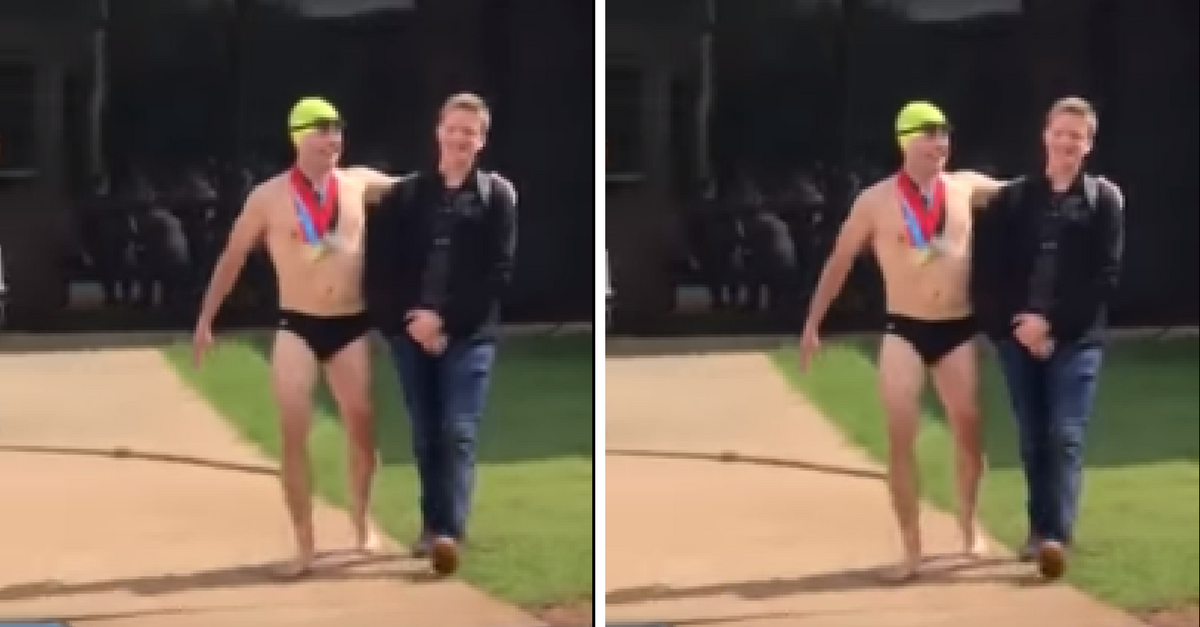 “This isn?t the first dumb thing I?ve ever done,” Justin Beadles said after he stormed the sidewalks of his 15-year-old son Jack’s junior high school wearing only a speedo.

The proud father decided to go to great lengths to embarrass his son on the last day of school this year. So, he donned a speedo, ran up to his son outside of the school, and escorted him back to the car while catching the whole fiasco on camera.

Since then, the video has gone viral. But Justin says he was never after the online attention and just wanted to have some fun with his kid.

“I mean even if nobody had seen it, I?d do it a million times again just because it was so much fun seeing the look on a son who I love, just seeing his face and him looking at me and us knowing deep down inside like, ‘Dad?s an idiot, but he?s also kind of okay,'” he said.

RELATED: Scary video shows a dump truck lose its brakes as it barrels towards a busy intersection