Driving during a tornado can be scary, but doing it at night is even scarier.

Police dashcam shows the intense moment a strong tornado hit a transformer, causing a huge explosion and sparks to fly across the road in Pontiac, Ill., on June 22.

RELATED: A family captured insane footage of a huge tornado chasing them, and their escape is terrifying

According to WRSP, an EF-2 tornado swept across the town.

RELATED: This man did something hilarious in front of the camera during a tornado that is too good to miss

Seven people were injured and damages were reported. According to the National Weather Service, at least a dozen tornadoes formed that day. 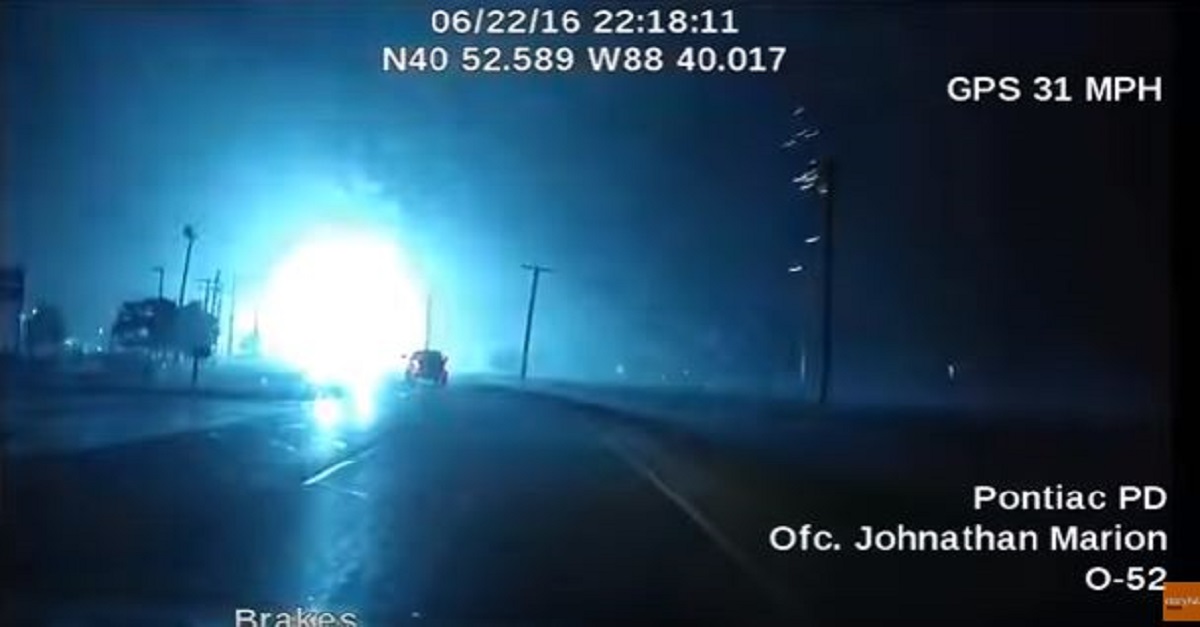