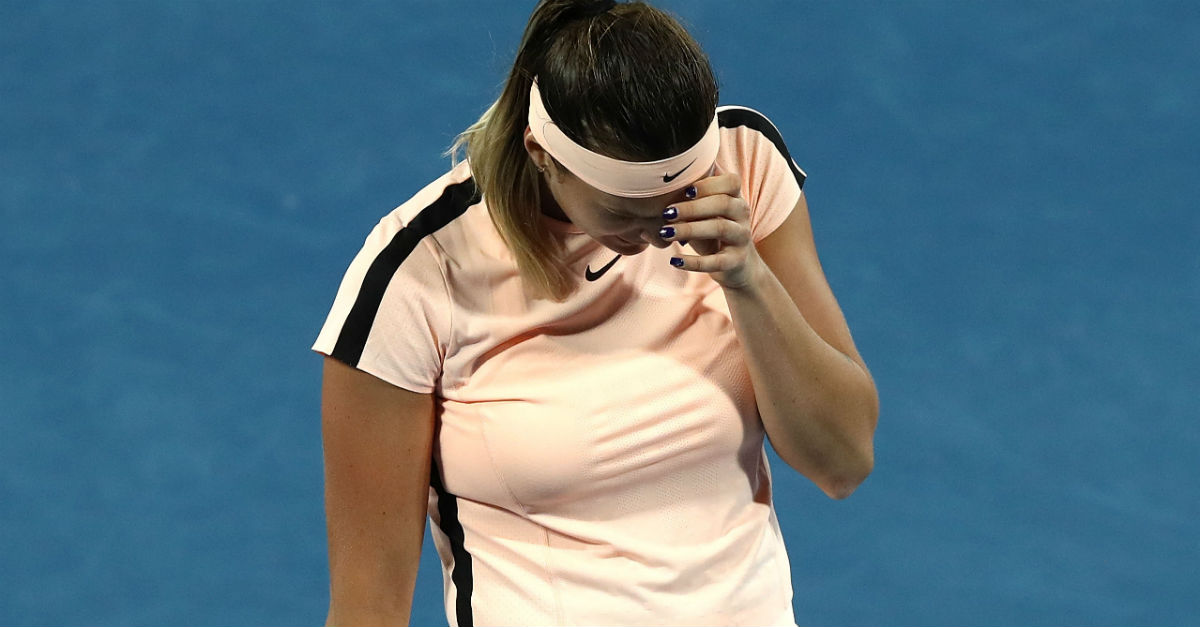 A tennis match became interrupted when a member of the crowd began to make fun of the sounds being emitted by a player on the court.

Competitors Ash Barty and Aryna Sabalenka were in the middle of their game at the Australian Open when a teenager in the crowd began to make fun of Sabalenka’s grunts, reports the New York Post. After each grunt Sabalenka would make, the teen responded with one of their own.

Some accused Sabalenka of being distracting when she continued to make the sounds at a high-volume.

“I knew it was coming but it was a bit louder than I thought,? said Barty after the match. ?No, I knew that I just sort of had to let that go and just worry about myself.?

Barty assured that she wasn’t distracted by the sound, saying, “I think if something that small can irritate you, that?s a bigger issue in itself.”

But the teen wasn’t the only one to take issue with Sabalenka’s sounds.

Nice player #Sabalenka but something needs to b done about her noise and grunting on court!!!! @WTA change channel #watchsomethingelse

I don’t know how many times this girl has grunted into Barty’s swing, but man it’s really getting to me. It’s clearly affecting her play

It's totally unacceptable the amount of 'noise' coming out of Aryna Sabalenka's mouth as she hits most of her shots. It must be a distraction to Ash Barty. It's ruining the match. #AusOpen

Shrieking is nothing new but I’m not sure why umpires/officials don’t call players out on it. Hard to watch. Sabalenka’s needlessly loud and extended moaning is deliberate verbal intimidation

I always enjoy watching the tennis.. but if this Sabalenka doesn’t stop screaming, I don’t know if I can continue! #ausopen

More of the event is available below.

RELATED: Watch what happened when a huge crocodile found a giant fish washed up dead on a beach