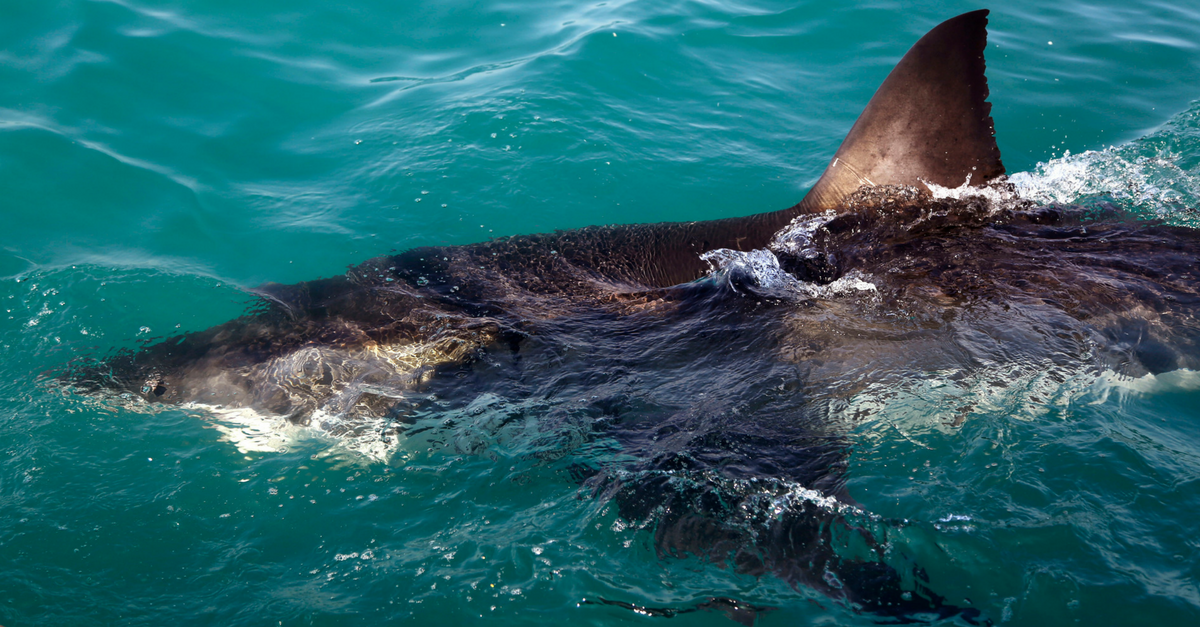 AP Photo/Schalk van Zuydam
In this Aug. 11, 2016, photo, a great white shark swims past researchers as they chum the ocean looking for sharks in the waters off Gansbaai, South Africa. Extensive research by shark expert Michael Rutzen and his marine biologist partner Sara Andreotti has found that great whites off the South African coast are rapidly heading for extinction. (AP Photo/Schalk van Zuydam)

A video shared to Instagram this week shows the terrifying moment two Australian fishermen came in contact with a great white shark while fishing.

Nicholas Wilks was fishing with his father in south Australia when a 10-foot long great white shark started swimming around their boat and ripping fish out of their nets to eat. The shark then got caught in one of the nets as it was closing, but Wilks’s father managed to tip the shark out of the net and tried to continue pulling it up.

“Apparently the shark hadn’t had enough, so he came back, and when he was right by the boat, Dad tried to ward him off with a swift punch to the nose,” Wilks said. “And so the shark didn’t like that very much and went berserk, and that’s when he grabbed onto the net.”

The shark clamped its jaw onto the net again, and an epic game of tug-of-war ensued between it and the father and son. Finally, Wilks’s father told the shark to “fuck off,” and it actually swam away.

The fishermen noted that they see sharks all the time, but that this was the first time something like this has happened in 30 years. Wilks added that the video was taken over a year ago, but he just now thought to share it on social media.

“I hadn’t posted on Instagram for a while, and I just saw it there!”

RELATED: This gargantuan shark dwarfs the fisherman who reeled it in