Man Filmed Grabbing Shark, Then Being Bitten by Shark 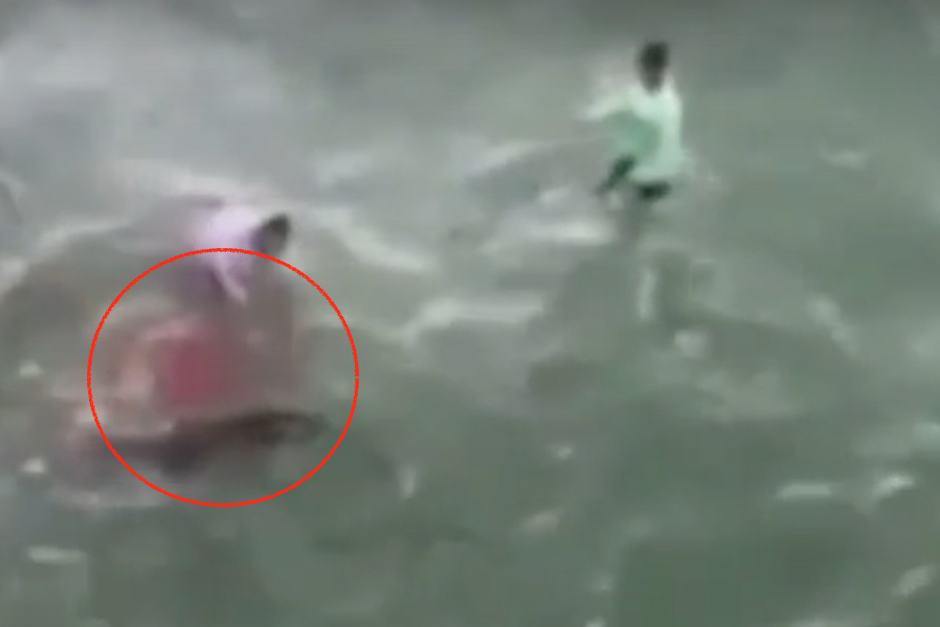 Just leave it up to the professionals, buddy. Graphic video from Wrightsville Beach on the North Carolina coast shows an apparently well-meaning man wade into the water to free a 4-foot-long sand tiger shark — and the shark thanks him by taking a big bite out of his arm.

WWAY reports the video was first posted to Instagram. The incident happened after a fisherman hooked the tiger shark in the coastal waters near Johnnie Mercer’s Pier.

Caution: Do Not Play with Sharks

The big (but not full-grown) shark struggled in the shallow North Carolina water. That’s when two men recklessly waded out to the scared animal and tried to stage a rescue.

Someone, having an idea of how this could play out, began filming.

The video shows the shark thrash as one of the men grabs its tail, and the shark bites the beachgoer holding it, producing a cloud of bloody water that seems to indicate a serious injury.

By the time the Wrightsville Beach Fire Department arrived on the scene, the man had already left, according to WWAY.

The tiger shark was eventually rescued and released to the ocean.

Let this be a lesson: amateur shark wrangling isn’t a great idea. This is definitely not what you would call an unprovoked shark attack. It was super duper provoked. Go ahead and put this in the international shark attack file but with a big fat asterisk. If you grab a shark you deserve to get bitten by said shark.

So, though this probably should not need to be reiterated, do not wade out into the ocean so you can play with our touch a shark. Just leave the shark alone. It is a shark.

This article was originally published July 9, 2017.