A woman had to be airlifted to the hospital over the Fourth of July weekend after she belly flopped from an 83-foot cliff.

Rachel Dukich of Denver recorded the incident at Paradise Cove Cliff in Colorado and posted a video of it on Instagram, writing, “What not to do when cliff diving at 83 feet […] Prayers she comes out alright.”

RELATED: A Michigan man used a smoke bomb to calm the wasps in his garage and got an early Fourth of July fireworks show

According to Dukich, the woman came out of the water with a bloody nose and was very disoriented. Paramedics arrived at the scene, and a Fight for Life helicopter took her to the hospital. Her name and condition have not been released.

“I think she jumped out far to be sure to clear the rock face and found herself in superman and instead of pulling her legs in to straighten out, she panicked, froze, and flailed,” Dukich said.

RELATED: This idiot doesn’t look twice before he passes a semi 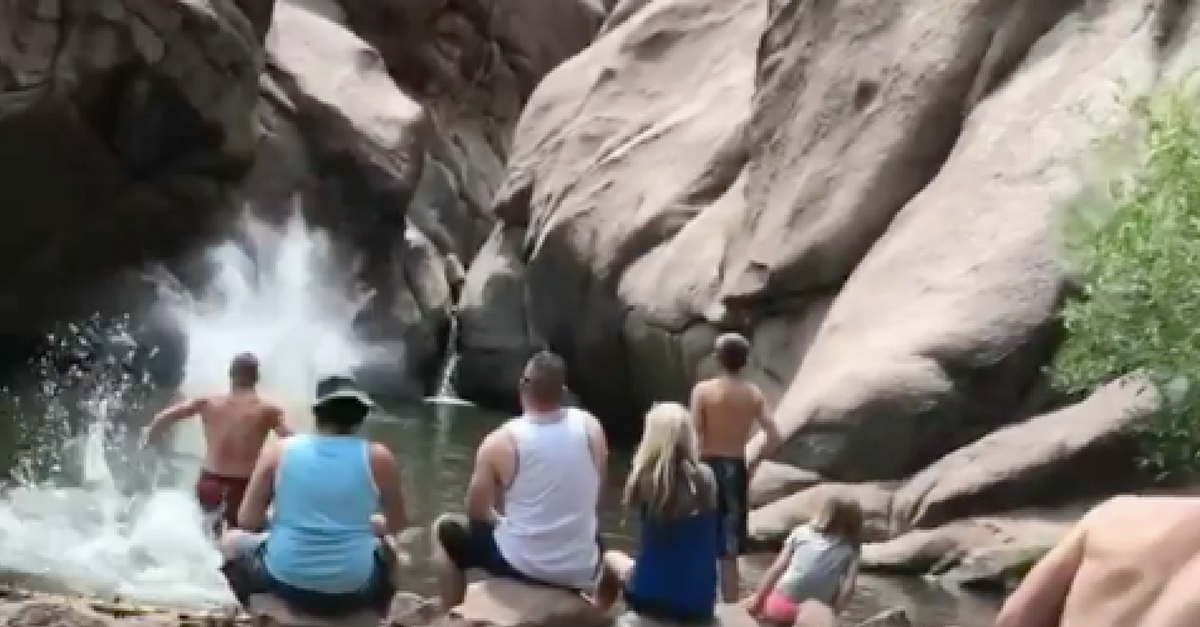