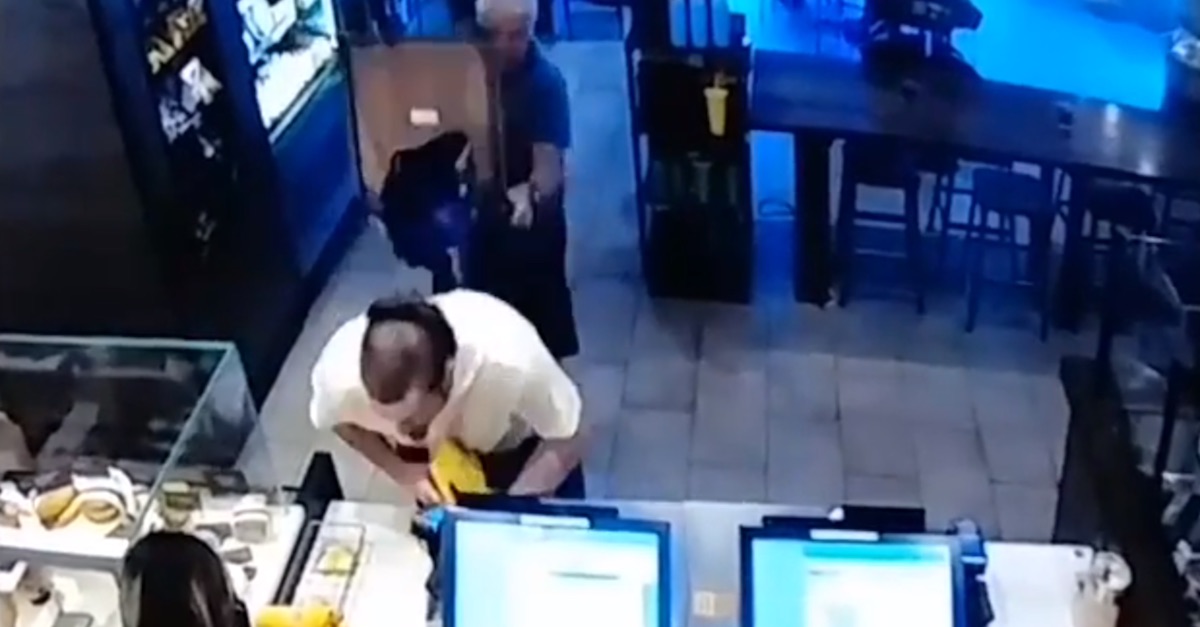 Cregg Jerri was enjoying a coffee and reading on a tablet in Starbucks when a knife-wielding robber ran to the cash register and demanded money.

Jerri, who police have called a hero, picked up a chair and smashed it into the back of the robber. Police nabbed 30-year-old Ryan Michael Florez soon after and arrested him for armed robbery.

The Sacramento Bee reports that Jerri was stabbed in the scuffle that ensued and required a few staples to close the wound. He was stabbed in the neck but managed to wrestle the weapon out of Florez’s hand and stab the would-be robber twice.

RELATED: The teens who laughed at and recorded a drowning disabled man may get a law changed in Florida

In a press conference, police chief Jerry Dyer said that the hero was a “pleasure to talk to” and noted, “It’s good to talk to heroes.”

Florez drove away in a truck but soon ditched it, and police were alerted when people noticed the bloodied suspect running toward a canal. When he was apprehended, he told police that he had been the victim of a robbery.

Police stated Florez has no criminal history as an adult and that the only time he’s ever been in trouble with the law was as a juvenile.