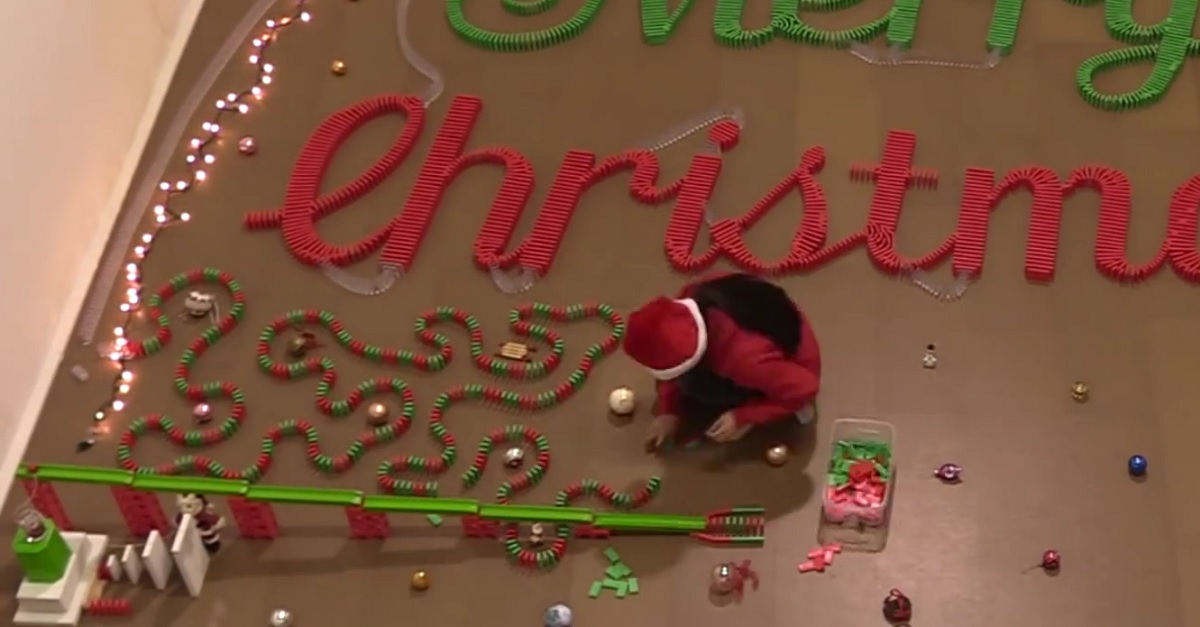 The self-described “professional domino artist” says she wanted to try a “large fancy freehand font” made of dominoes — and it’s frankly better than some of our own handwriting.

“I wanted to test my skills in recreating an image out of dominoes by eyeing it,” she says in the video’s description. “Lettering is always a challenge to build in dominoes based off a picture because you have to be extremely precise to make the font look right.” It’s not just lettering that’s falling into place, it’s cursive, which makes it even more difficult to write — let alone spell with falling dominoes!

Yet she didn’t just make it look right — she made it look easy, with a beautiful domino display for the Christmas season. (One we’ve already sent to our friends and family.)

“It was also a challenge to figure out how to get this to topple sequentially by letter since everything was connected in cursive (however, sometimes not in the direction it needed to topple),” she adds.

Hevesh5 had to work a little bit of behind-the-scenes magic, she says. If you watched the video closely and noticed that some dominos don’t naturally fall, you’re right: “I had to tape down a few one way dominoes to ensure that the path would keep going in the right direction.”

Hey, we all need to make some magic of our own around the Christmas season.

This article was originally published December 24, 2017