A video showing a California Sea Lion pulling a little girl into the ocean went viral this week, but one man doesn’t find it as funny as millions of others. The video shows a little girl and her family feeding the sea lion. When the little girl sits near the water, the animal jumps up, tugs at her clothes and pulls her into the ocean. The girl only goes under for a few seconds before someone pulls her out of the water.

According to Robert Kiesman, chair of the Steveston Harbour Authority, where the event took place, the little girl’s family is at fault for feeding the animal and being absent-minded enough to have the child that close to the water.

In an interview with CBC, Kiesman compared the massive sea lion to a bear.

“You wouldn’t go up to a grizzly bear in the bush and hand him a ham sandwich, so you shouldn’t be handing a thousand-pound wild mammal in the water slices of bread,” Kiesman told CBC.

“And you certainly shouldn’t be letting your little girl sit on the edge of the dock with her dress hanging down after the sea lion has already snapped at her once. Just totally reckless behavior.”

Others online have blamed the girl, whose identity has not been released.

Michael Fujiwara, the man who shot the video, said that the girl and her family left shortly afterwords.

“They were pretty shaken up,” Fujiwara explained to CBC News. “Her family was just in shock.” 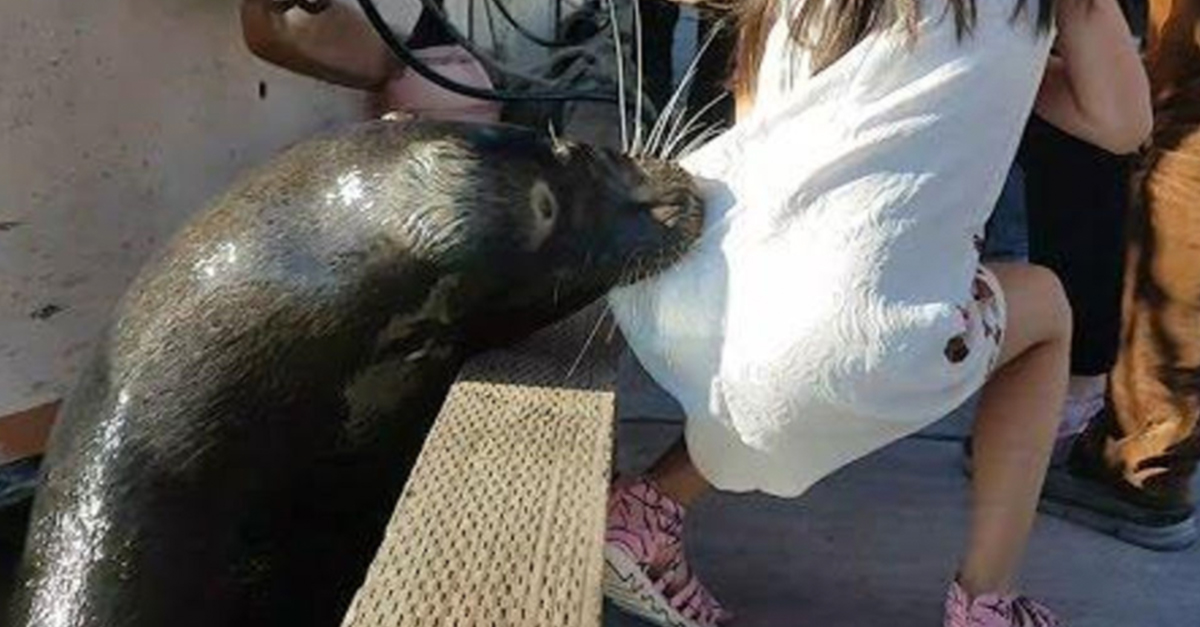