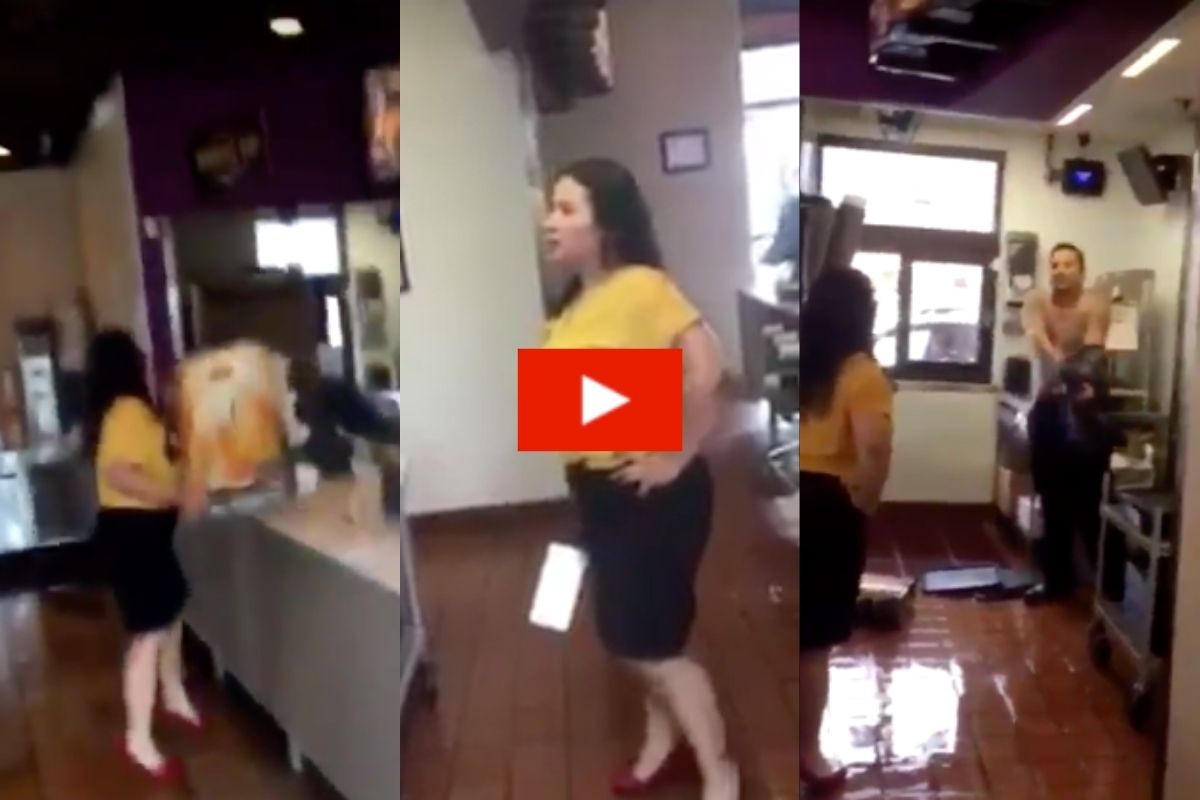 A former Taco Bell employee apparently returning to the fast-food joint to pick up her last paycheck went on an expletive-laced tirade and tossed a large iced-tea canister over the counter. Margarita Godinez was eventually arrested, but not before a six-minute video of her outrage was captured on a viral video and posted on social media. The craziness went down in Converse, Texas, near San Antonio.

The trending video of the brawl, recorded on a cellphone, begins with the angry woman shouting profanities at a man identified as the manager. But shouting explicit language isn’t enough for the disgruntled ex-employee, who then picks up an iced-tea dispenser and chucks its contents over the counter in the direction of the manager.

Watch all parts of the brawl below:

The manager then picks up his own tea dispenser and splashes tea at the woman, who then throws her dispenser at the manager. She then heads behind the counter, while an employee who comes into the frame says, “No Margarita!”

The manager then takes off his shirt and appears ready to go to battle against another man involved in this devolving situation-apparently the son of the former employee. The shirtless manager and the woman continue to shout at each other, mostly in Spanish. She grabs a metal spatula for defense, while another employee then gets between the two and tells the manager, “Arturo, Arturo, the police is coming.”

Perhaps the person waiting in the drive-thru window called the cops. The police arrive, and the manager tries to explain what was going on: “She’s fired, she doesn’t work here anymore. I’m the manager.” He tells the police she’s picking up her last check. One of the officers begins to arrest the woman, who claims innocence: “I didn’t do anything to him. It was him.”

Meanwhile, out in the parking lot, additional officers on the scene arrest the woman’s son while he’s on the ground. Yep, safe to say that morning was hell at Taco Bell.

Editor’s note: This article was originally published on July 17, 2017.