Drivers on the Outerbridge Crossing witnessed quite an interesting traffic halt in New York City on Monday morning.

According to police, 80-year-old Tod L. Mishler of Ulster Park, N.Y., was trying to cross the bridge from Perth Amboy to Staten Island on his horse, with another behind him.

RELATED: Dying vet travels the country on a horse and buggy to say goodbye to America

As you can see in the video, which was recorded by Ryan Calvert, police followed the man, who was sporting a cowboy hat and a red bandanna, down the bridge.

Apparently it’s not the first time Mishler has used this form of transportation.

“I’ve been across the U.S. three times,” Mishler told the New York Post. “I [have] tried to let people know that there is enough food to feed all the hungry children in this country.”

WABC asked Mishler where he plans to go next.

RELATED: Without hesitation, divers head into flooded waters to rescue a herd of stranded horses

“I’m headed to the Federation of Black Cowboys. That’s where Brooklyn and Queens comes together,” Mishler told WABC.

Mishler even got through the toll both without paying, according to WABC. Police eventually stopped him. 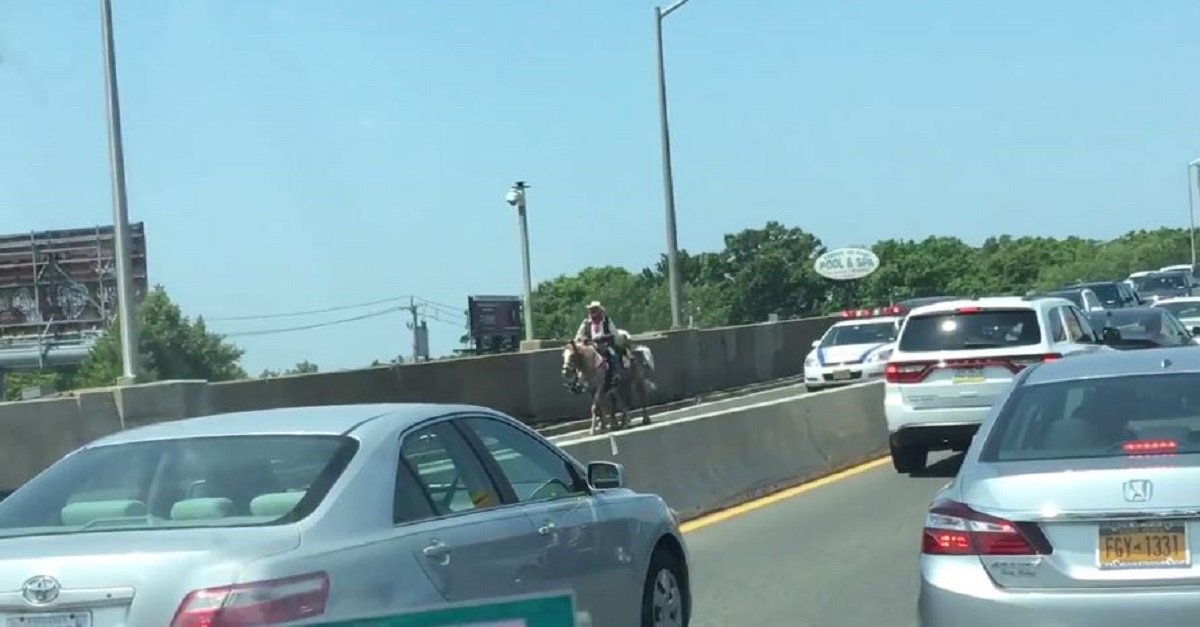