An armed robber walked in thinking he had it in the bag, then every customer pulled out a gun 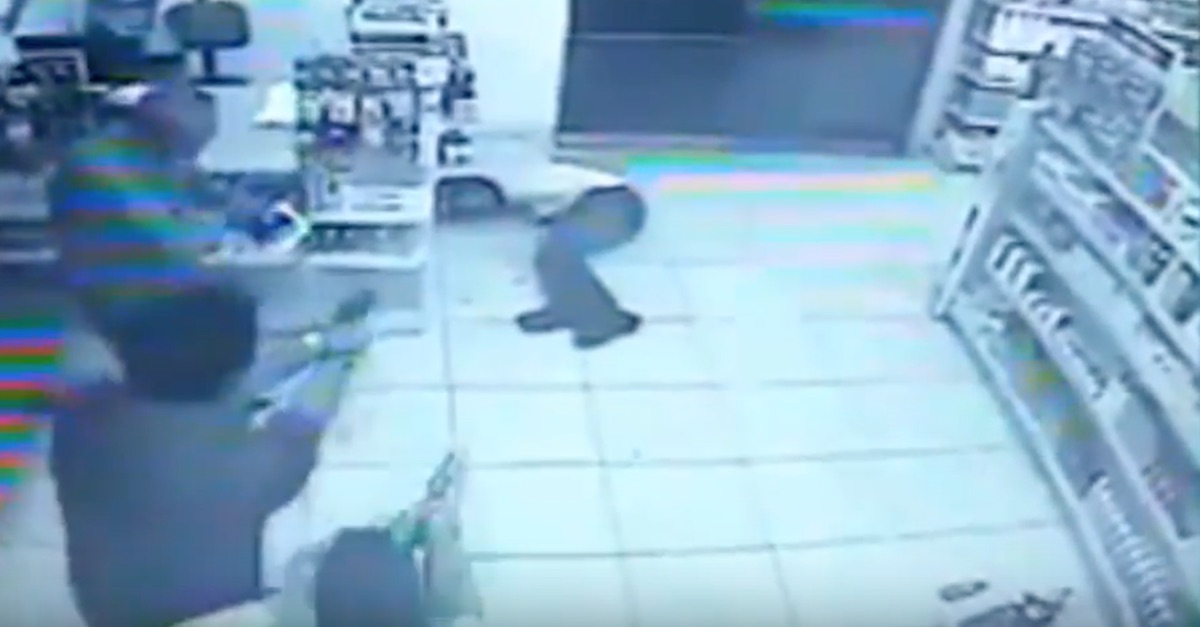 There are a lot ways that a robbery can go wrong, and one thief in Brazil encountered just about all of them at once. A surveillance video of the incident puts the date at May 31.

RELATED: When an intruder tried to break in, this homeowner grabbed a gun.

The would-be thief walked into the store and pulled out a gun. However, in moments, he was on the floor with every other customer in the store pointing a gun at him.

We don’t have many details about the situation right now, but Brazil is a nation with fairly relaxed gun laws in comparison to the rest of the developed world. According to NPR, between 8,000 and 9,000 Brazilians die each year from gun homicides.

RELATED: Texas just passed a law making its gun fees the lowest in the country

In order to legally own a gun in the South American nation, you cannot have a criminal record and have to pass a mental health test.