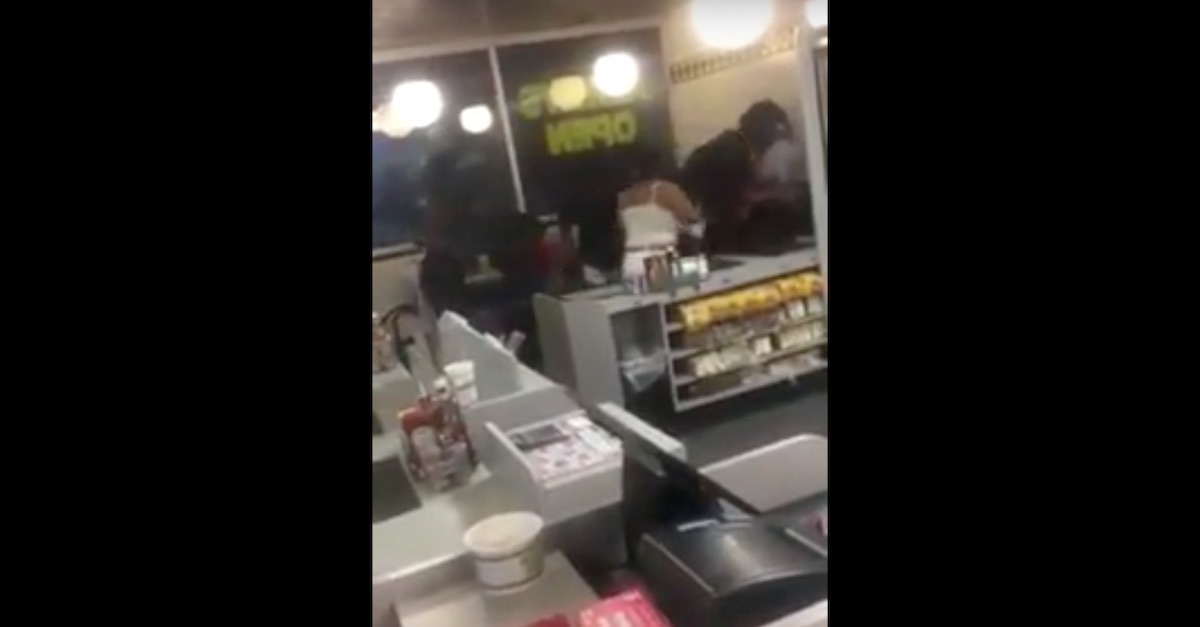 An early morning brawl at a Lancaster, Pa., Waffle House resulted in the arrests of five women, all relatives and all with the last name Shivers.

RELATED: When a woman didn’t get her McChicken fast enough, she went nuts — and it was all caught on video

The Smoking Gun reports that the brawl between family members and three other women took place around 2:45 a.m. What started as an early breakfast went way off the rails, as a melee involving thrown punches and utensils broke out.

This one was not about the end quietly. The Waffle House brawl went on for a solid minute. What sparked it is not clear, but we can surmise that someone was egged on.

Some punches landed and some clothes were ripped.

RELATED: A Louisiana comedian filmed an all-out brawl at Denny’s, but got Facebook flak for not helping