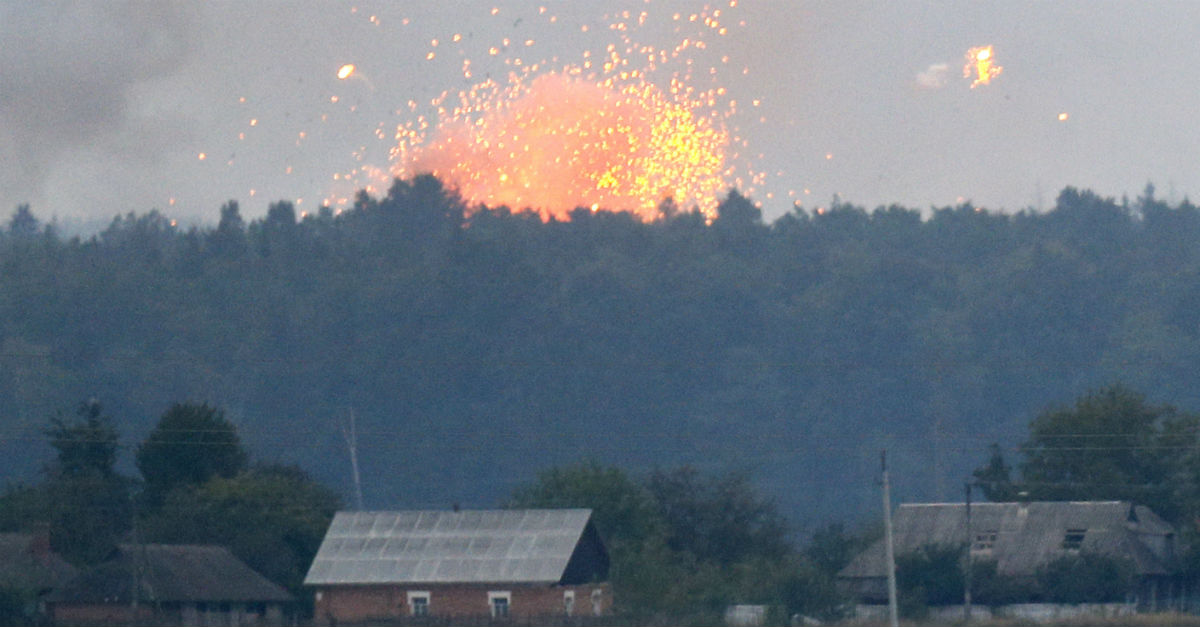 A massive explosion on a Ukranian military base forced thousands of people to flee their villages in the middle of the night, officials said Wednesday.

At least one person was injured and about 30,000 were forced to flee when an ammunition depot near Kalynivka exploded. More than 188,000 tons of munitions were kept at the depot.

Prime Minister Volodymyr Groysman said “external factors” were the source of the explosion. Local media reported the explosion was being investigated as possible sabotage, and Groysman said the country’s enemies “will do all they can to make [Ukraine] weak.”

The Ukranian government has been in active conflict with Russian-backed separatists since 2014. The fighting has contributed to nearly 10,000 deaths and the displacement of over a million residents, the Associated Press reports.

RELATED: The new country on President Trump?s latest travel ban is a no-brainer