Dailene Rosario, a 17-year-old pregnant girl, was tased by a New York Police Department officer last Friday in her Bronx, New York apartment building. The incident was captured on video and is now the subject of an Internal Affairs Investigation after the video was posted online.

According to reports, police had entered the apartment building in response to a report of an asthma attack, but after learning that two men were fighting on another floor, they called for backup, which garnered the help of about 10 additional officers. The men fighting were Rosario’s boyfriend and her sister’s boyfriend, who had reportedly stopped fighting by the time police arrived. According to Rosario, two female police officers knocked on her door and attempted to enter the apartment, but she would not let them in without a warrant.

Taralena Gerrato, one of the female officers, claims Rosario pushed her. When the other police officers tried to arrest Rosario, she flailed her arms and refused to be handcuffed. Despite a large group of officers being present to subdue her, one officer still shot Rosario in the side with a stun gun.

The Taser darts left 2-inch-wide burn marks on her right side. Rosario, who was charged with harassment, disorderly conduct and resisting arrest, explained the experience as feeling like “your whole side is on fire and you’re being stabbed at the same time.” She added that the hook embedded into her side, and police had to “cut it to take both the Taser’s [barbs] out.”

Ed Mullins, president of the NYPD’s sergeants union, has maintained that the officers did nothing wrong, saying, “I can tell you that from what I’ve seen, I really don’t see any issue with using the stun gun. She’s failing to comply with arrest. I mean, how do you know somebody is pregnant unless they absolutely look pregnant?”

RELATED: A high school cheerleader discovered a teacher’s sneaky method of spying on her squad as they got dressed

The NYPD Patrol Guide requires police to abstain from using tasers on “children, the elderly, obviously pregnant females and the frail,” and a witness says Rosario’s pregnancy was indeed obvious.

“She’s four months pregnant. She has a belly. You can tell. I was disgusted,” said the witness, 33-year-old Danielle Lopez.

A doctor has since assured Rosario that her baby was unharmed. So far, no police officers have been disciplined in relation to the incident, which comes as the NYPD has expanded its use of Tasers from 160 in 2006 to more than 1,700 now. 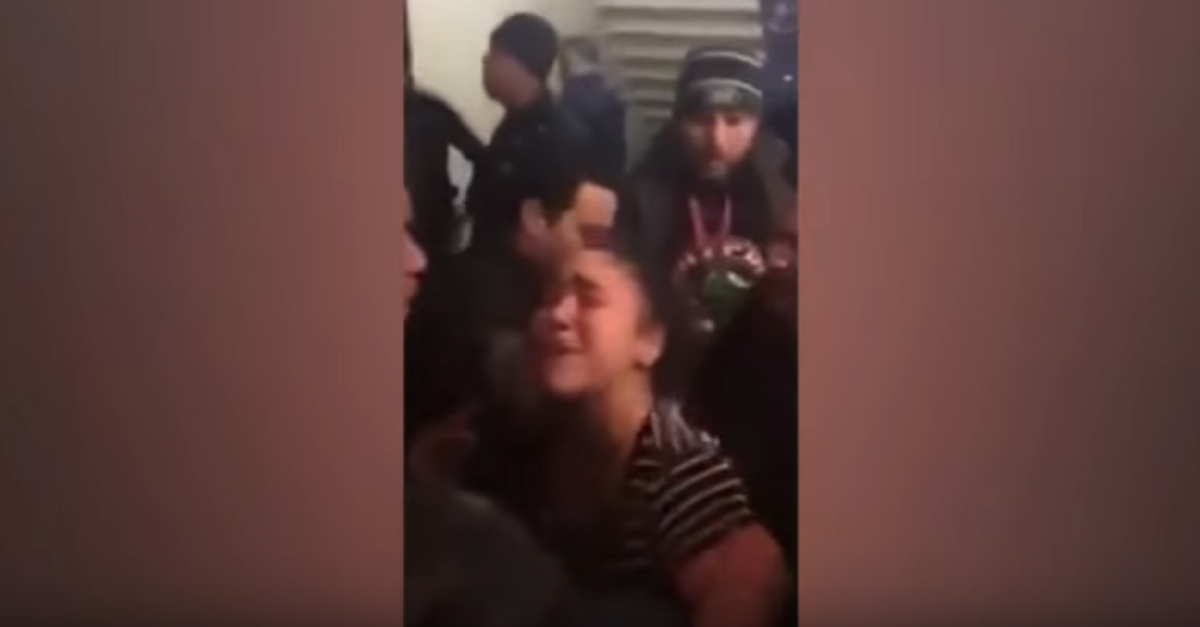